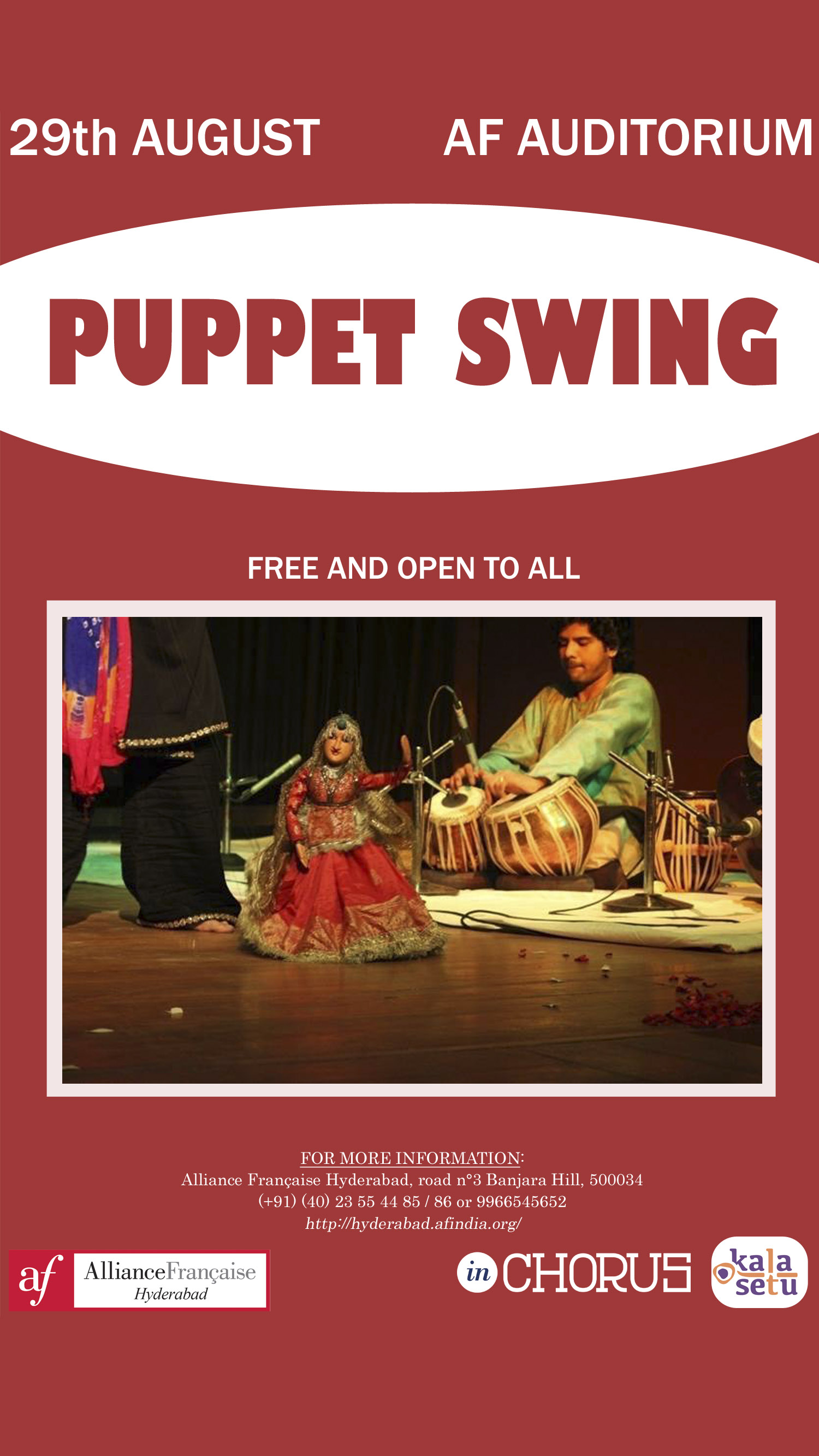 Discover the last creation of Sabrina Anastasio, a French puppeteer and comedian trained with famous masters in France, who fell in love with Indian culture and performing arts.

In this show, we will laugh at ‘Raymond’, a typical old French man visiting India, before admiring the katputhli dancing on the charming and groovy melodies of sitar and tabla.

Sabrina Arusam started her career with classical drama and clown tradition. It’s when she met Greta Bruggman and Sylvie Osman (Arketal Company) that she took a new path in puppet mastery. Since then, she participated to many training programs with renowned artists of puppet field. Now a professional puppeteer, Sabrina has worked with several companies (Cie Arketal, Ezéquiel Garcia Romeu, Cie La Main Verte). In 2011, after attending a Kathputli masterclass in Udaipur with Lala Bhaat, she grew a strong interest in Indian culture and arts. During four years she developed Franco-indian artistic projects and created the show for children “Ahimsa” (based on Gandhi’s philosophy). Now based in Hyderabad, she is working also with the renowned mime Madhu.

Dhruv Bedi was born in 1990 in a family of musicians. He started learning sitar from his father Jagdeep Singh Bedi and pursues today his training under the guidance of the sitar maestro Pandit Budhaditya Mukherjee. An approved graded Artist in the field of Hindustani Music in All India Radio and Prize winner of All India Radio competition in 2010, Dhruv Bedi is recognized as a promising artist in his field. He has already performed in many prestigious venues in India (NCPA in Mumbai, Delhi Jazz Festival, Vishnu Digambar Jayanti Sangeet Samaroh in Delhi) and abroad (Ethno Music Festival in Sweden, Utsav Music Festival in USA, the Darbar festival in London). Parallel to his classical career, Dhruv has developed number of collaborations with musicians from various traditions (Carnatic, Jazz, Russian, Swedish folk).

Saptak Sharma is an upcoming tabla exponent of the famous Ajrada tradition. Practising tabla since the age of 4, he has been learning from Ustad Akram Khan since the past 9 years. He has already performed on various stages across the country and received the Uttar Pradesh Sangeet Natak Academy Award in 2014 and the Bal Shree award in the year 2007. Apart from the Indian classical music stage, Saptak is collaborating with musicians from different backgrounds.