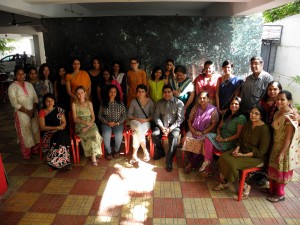 Alliance Française is the largest network of foreign cultural centers in the world. Having come into existence more than a century ago (in July 1883 exactly), it is now spread over 136 countries with a visible presence of more than 800 Alliances Française around the globe. Alliance Française teaches French to 500 000 students every year.

In India, Alliance Française figures to not less than 15 Associations, training nearly 40, 000 students every year.

The Objectives of the Alliance Française

The Alliance Française of Hyderabad

The Alliance Française of Hyderabad or the Indo-French Cultural Centre of Hyderabad was established in 1980 by the Francophile population of the twin-cities with the aim to reinforce ties between Telangana and Andhra Pradesh, and France.

These events comprise music concerts, film screenings, dance recitals, round table conferences that are held all over the twin cities.  It also co-organises symposiums and talks with other academic institutions from time to time.

The Alliance Française is a registered society and is consequently headed by a local committee elected by its members.