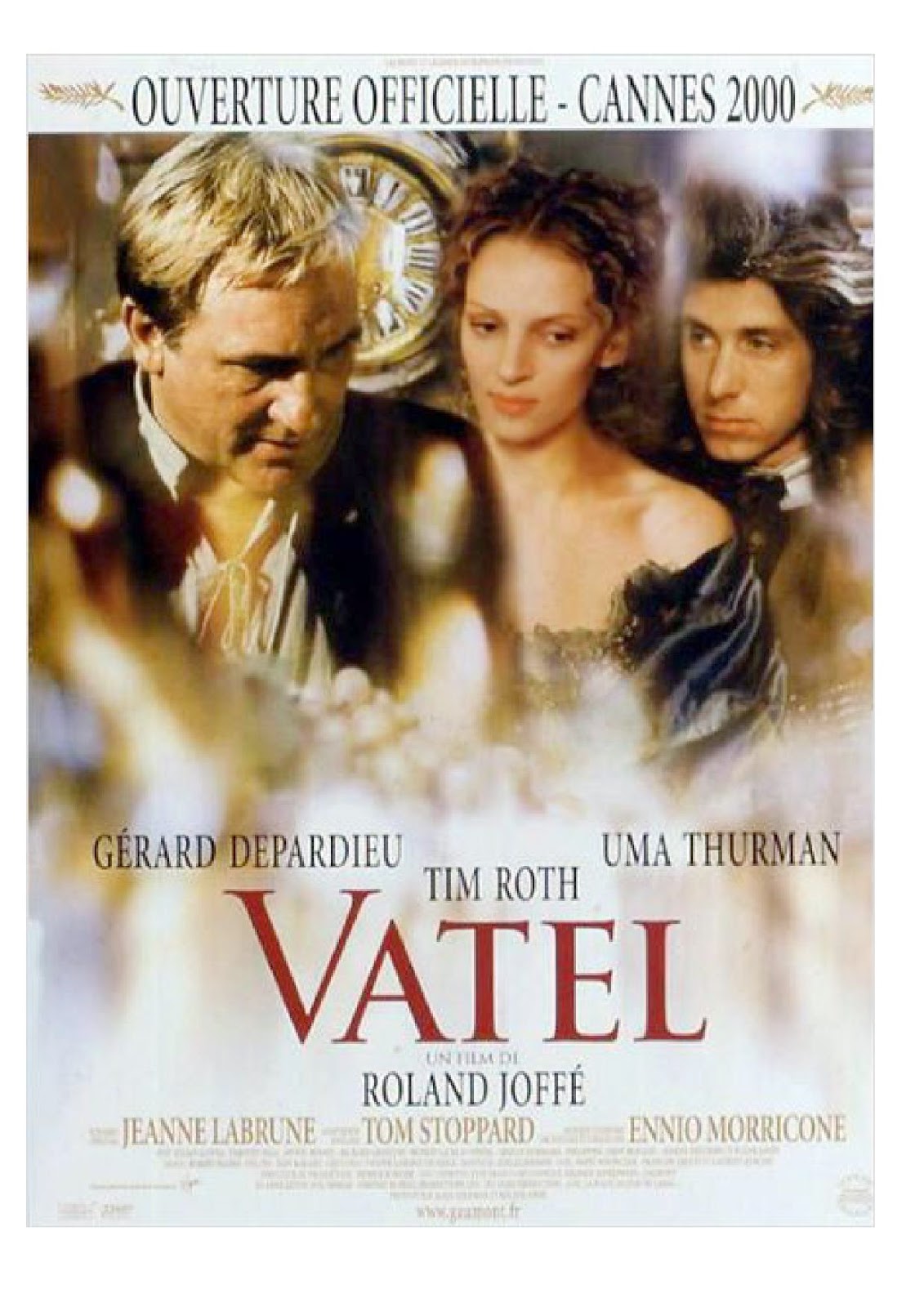 The story takes place in 1671. In the context of the Franco-Dutch War, a financially struggling Louis, Grand Condé is visited by King Louis XIV for three days of festivities at the Château de Chantilly. The Prince wants a commission as a general, and spares no expense in order to impress the king. In charge of organizing the event is François Vatel, Master of Festivities and Pleasures in the prince’s household. Vatel is a man of great honor and talent, but of low birth. As the great Condé is prepared to do anything in his quest for stature, the tasks assigned to Vatel are often menial and dishonourable. While Vatel tries to sustain dignity amidst the extravaganza he is meant to orchestrate, he finds himself in love with Anne de Montausier, the king’s latest lover, who returns his affections. However, due to their incompatible social standing and the rigid hierarchy of the court, continuing the liaison is clearly impossible.

In the last day of the visit by the King Louis XIV, Vatel realizes that he is nothing more than a puppet in the hands of his superiors, bought and sold like a piece of property, after learning that the Prince of Condé has “lost” him in a card game with the King. Disheartened and refusing to leave his people (the servants of the Château) and go to work for the King, Vatel consequently commits suicide by throwing himself on his sword. Nevertheless, the word that goes to the King by his own court members is that Vatel killed himself because the roast was not sufficient to feed several unexpected guests.