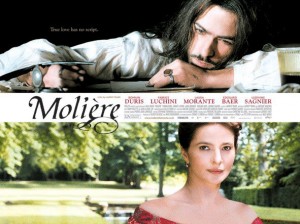 Year: 2007
Duration: 121 minutes
Molière is a French movie about a French playwright and actor Molière who is considered by many to be one of the greatest masters of comedy in the Western literature.

Synopsis
The film is mostly in the form of a flashbacks, and is mostly about Molière’s (played by Romain Duris) early life which is generally unknown to the scholars. The movie starts in about 1658 when Moliere performs in front of the king. Moliere then has some bad luck and soon gets himself to debt, and gets thrown into debtor’s prison. Molière is released from debtor’s prison by Monsieur Jourdain (played by Fabrice Luchinia) wealthy local businessman, who agrees to pay Moliere’s debt if he agrees to teach him how to act. The wealthy man hopes to impress a recently widowed beauty Celimene (played by Fabrice Luchini) with his new acting talent. However, there is a twist, Moliere falls in love with Monsieur’s neglected wife leading to dramatic twists. The story is mostly fictional, but features actual quotes from Moliere’s work.
The film was nominated for 5 awards: Best Costume Design, Best Production Design, Best Supporting Actor, Best Writing and won 2 awards: Audience Award and Best Actor.

Watch the trailer of the film 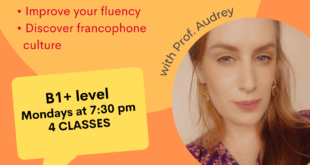