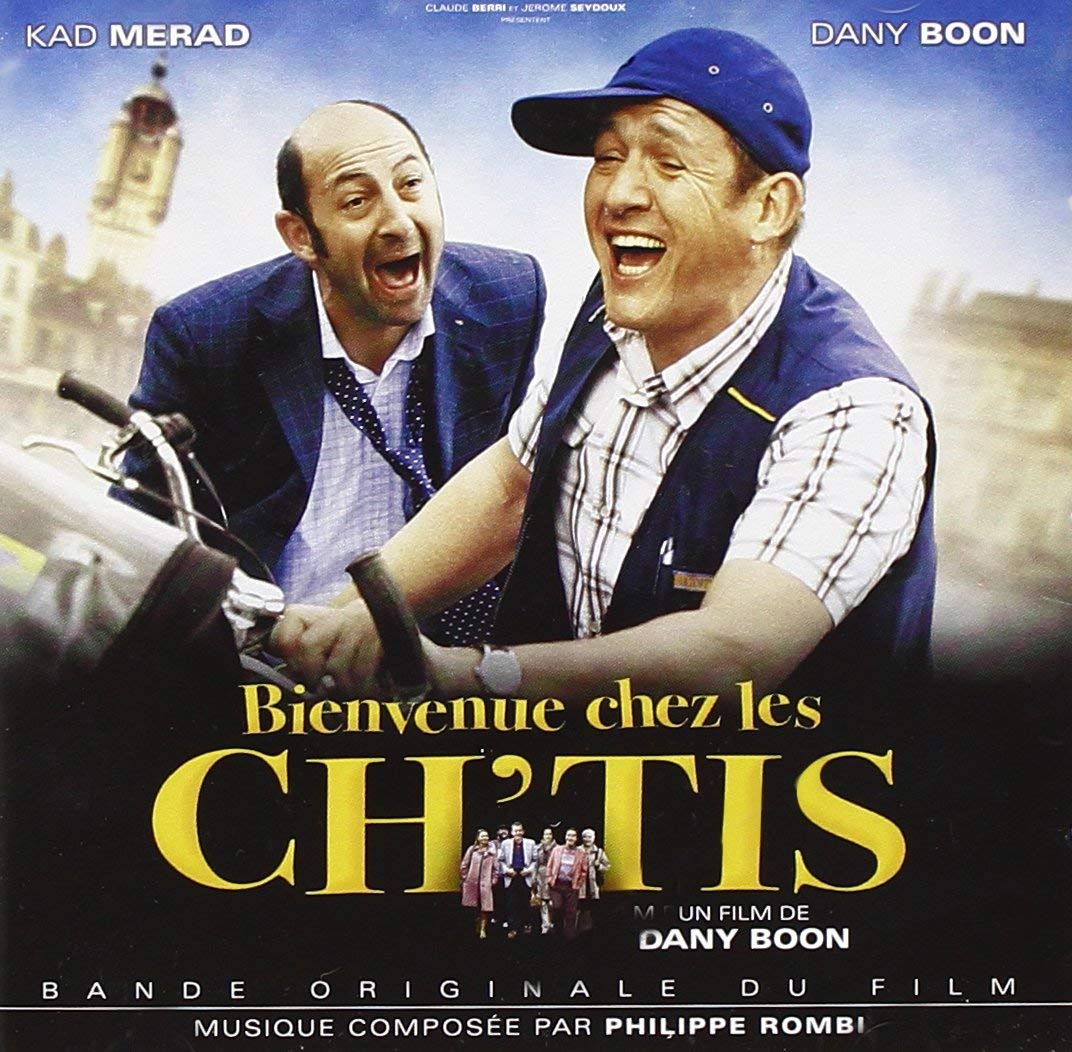 Welcome to the Sticks (Bienvenue chez les Ch’tis )  is a 2008 French comedy film directed and co-written by Dany Boon and starring Kad Merad and Boon himself. Dany Boon wrote, directed and costars in this rousing rural comedy about a man born and raised on France’s Southern coast who is exiled to the Northern territories. Philippe (Kad Merad) helps run a small-town post office in France. His wife Julie has been down in the dumps, so he hatches a plan to move to the Cote d’Azur. But Philippe fails to secure a transfer and is relocated to Bergues, a village in Northern France where the language is unfamiliar and the culture is strangely foreign. The film broke nearly every box office record in France.

Philippe Abrams is the manager of the postal service (La Poste) in Salon-de-Provence, Bouches-du-Rhône, in southern France. He is married to Julie, whose depressive character makes his life miserable. Philippe does everything to get a job at an office on the Mediterranean seaside to make her happy. As this favorable position will be granted to somebody who is disabled, Abrams decides to pretend that he is. However, the management finds out. As punishment, he is banished for two years to Bergues, a town near Dunkirk in northern France. Northern France – and the Nord-Pas-de-Calais region in particular – is considered “the sticks” – a cold and rainy place inhabited by unsophisticated ch’tis who speak a strange language (called “ch’ti” in local parlance, and “cheutimi” in the South). He has to spend his first night at the home of Antoine, a co-worker of his. Philippe initially dislikes Antoine for his obnoxious behavior and because he initially thinks Antoine is gay.  However, Antoine and Philippe later become best friends.