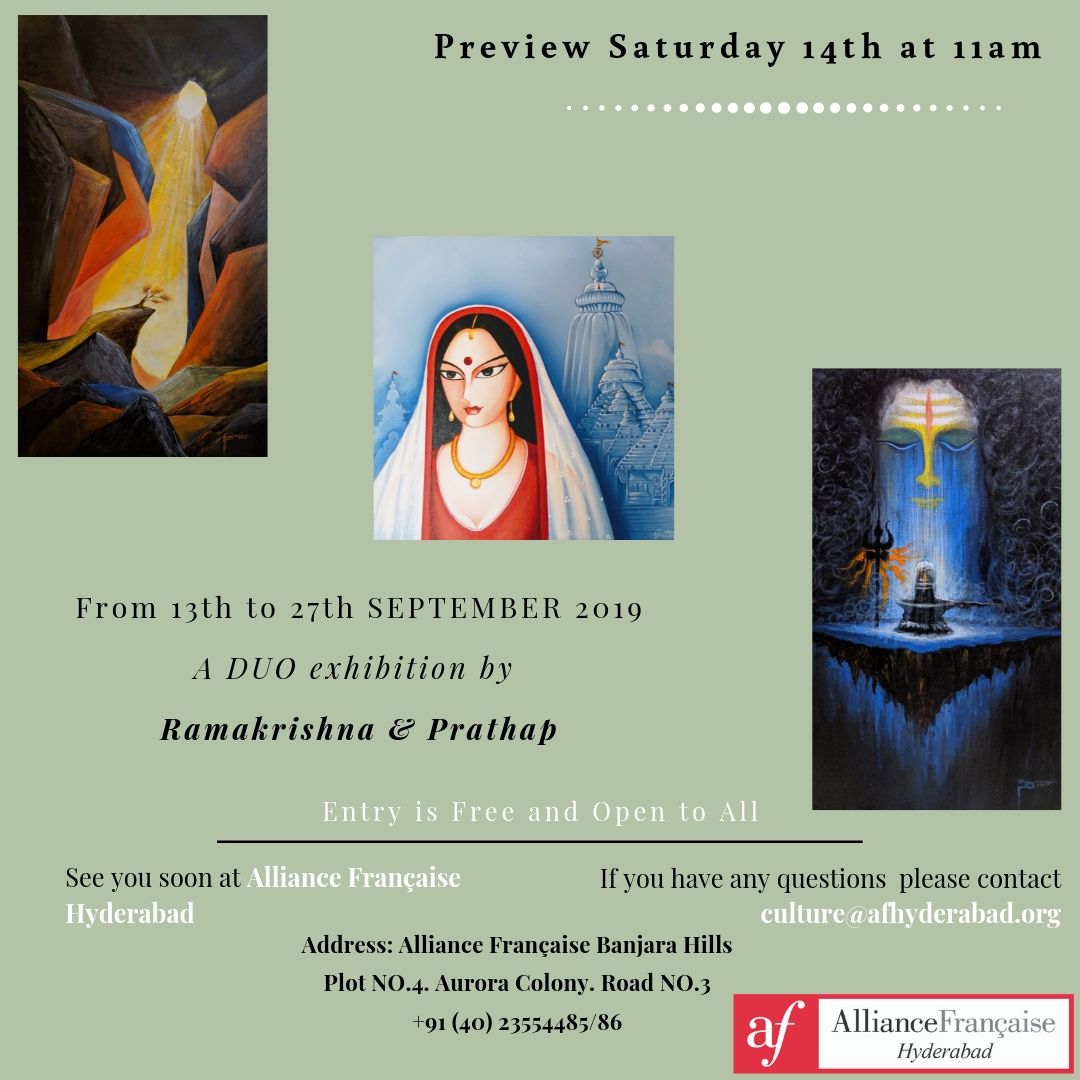 Ramakrishna Nimmaraju born at Guntur, Andhra Pradesh, southern state of India in the year 1979. He is basically a software professional working for a big MNC.  He is very passionate about art, paintings, crafts and anything that is creative. This nature impels to do paintings and study BFA.

His interest on art inherited from his father, a renowned commercial artist at Guntur. During his elementary studies itself, he learnt calligraphy, designing, printing as an assistant to his father. He received various awards and recognitions from various academies and parishads since his school days.

He usually does not show much interest to get judge his paintings in competitions and receiving awards, however society will measure thru it. He did not leave any chance to participate in art competitions, stood winner in various competitions since his childhood  and received various awards from reputed art organizations like Konasema Chitrakala parishad – Amalapuram, Ajantha kalaraamam – Tenali, Creative art foundation – Guntur, Human art power award – Ongole, Kalipatnam arts academy – Hyderabad.

His aspiration is to get recognized as a unique artist and take his paintings to international shows and stood inspirational. To help poor and needy thru art, he took a noble oath to donate 25% of his earnings on paintings.

Kalipatnapu Ram Prathap, born at Murapaka, a remote village located in Srikakulam district, Andhra Pradesh. His interest in art has been inherited from his father who is a renowned nail drawing artist. He finished his lower grade and higher grade diploma and Teacher training in drawing from State Board for Technical Education and Training, Andhra Pradesh. He is also a Bachelor of Fine Arts student of Karnataka State Open University. He received awards and recognitions from various academies and parishads since his school days. In the view of giving a helping hand to the art on his behalf, he is presently running a painting institute for all age groups at Hyderabad with over 75 students registered.

Art Camp on Paintings of Heritage Monuments at State Art Gallery, Hyderabad in May, 2015.