AND STILL THEY RISE – 8th March

An evening of contemporary Indian-English poetry to celebrate

the strength of womanhood on International Women’s Day 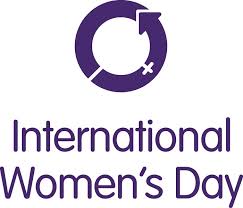 Saima Afreen is an award-winning poet who also moonlights as a journalist with The New Indian Express. Her poems have appeared in several national and international journals like Indian Literature, The Bellingham Review,  The Oklahoma Review, The Notre Dame Review, and elsewhere.

Akila juggles work, home and an eight-year-old daughter. She engages in free verse and the Japanese forms of haiku and haibun written in English language. She has read and conducted workshops in writers’ carnivals organized in Hyderabad and her works have been published in anthologies and online journals.

Jameela Nishat started writing at an early age. She published her first poem in the year 1970. For some time, she wrote in Kitab Numa and in various other poetry magazines. Her first book, Lava – a collection of poems, was published in 2000. Hoshang Merchant translated some of her poems from Lava.  She was one of the feminist poets at 100 Thousand Poets for Change Conference held in 2015 in Salerno, Italy.

Hoshang Merchant has written 20 books of poetry, and four critical studies. Yaraana: Gay Writing from India (1999), Indian Homosexuality (2010), The Man Who Would Be Queen: Autobiographical Fiction (2012) and Sufiana: Poems(2013) are among his notable works. Merchant superannuated from the University of Hyderabad where he taught Poetry and Surrealism.

Nabina Das is the author of four books, including two poetry collections: Blue Vessel, and Into the Migrant City. She teaches creative writing in universities and workshops. Nabina’s poetry and prose appear in several international journals and anthologies. Nabina is a Charles Wallace creative writing fellowship and Sangam House fellowship alumna.

Alliance Francaise Hyderabad brings you an evening of powerful poetry to celebrate womanhood, beauty and the courage of being a woman. Come join us for the recitation of beautiful poems on March 8 at 6.30 pm, at the Auditorium of Alliance Francaise.