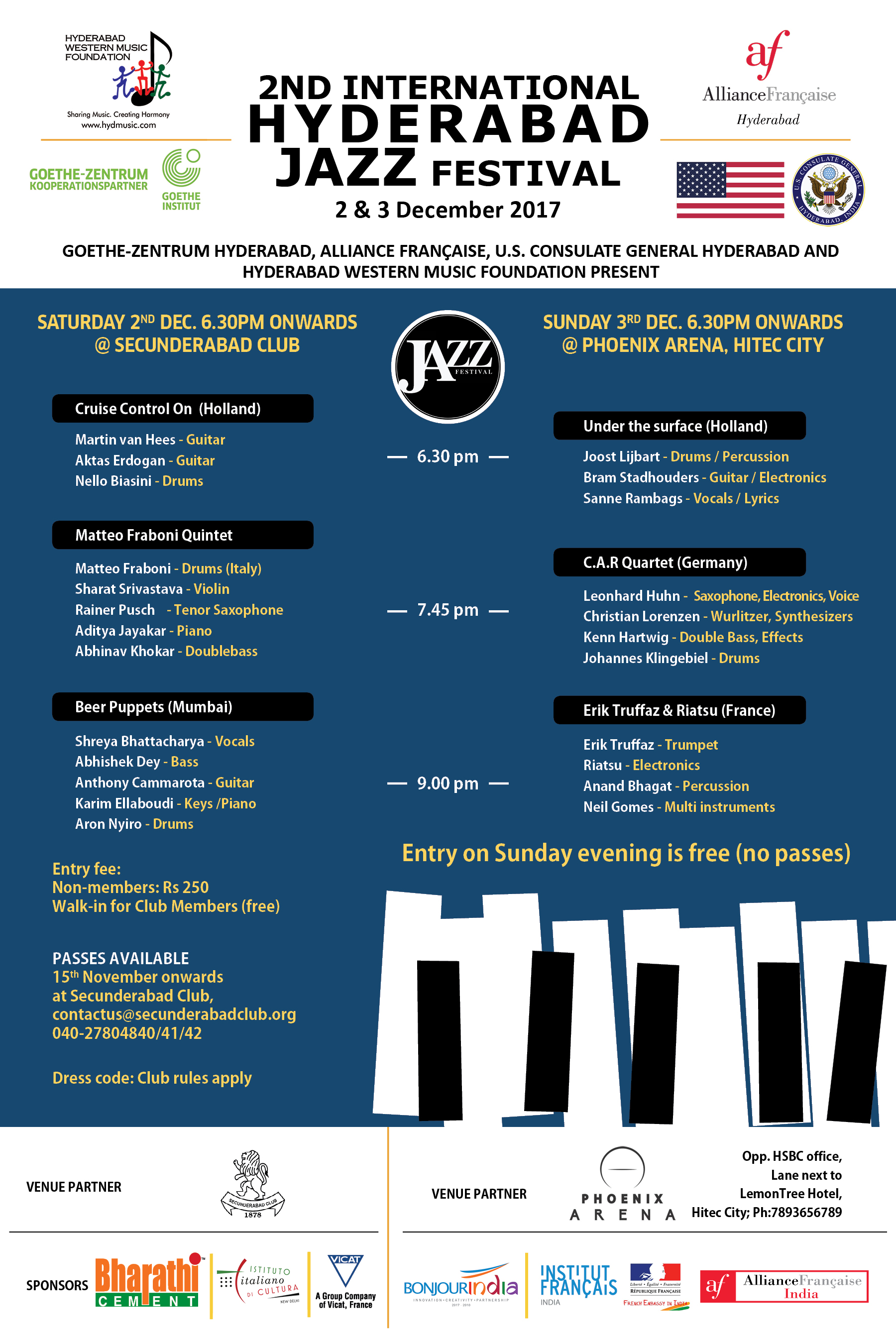 Hyderabad is hosting for the second year in a row the International Jazz Festival with a great in-depth selection of local and foreign bands. As a partner of this event, Alliance Française is pleased to introduce Hyderabadi people the most famous French jazz trumpeter Erik Truffaz.

He will perform on Phoenix Arena stage with the ambiant electronic musician Riatsu from Mumbai, the drumer Anand Bhagat and the multi instrumentist Neil Gomes.

Born in 1960, Erik Truffaz was raised in a musical environment next to his father, a saxophonist, with whom he discovered the stage. After perfecting his technique as a trumpeter in Geneva, he signs with the Blue Note Label in 1996.

Erik Truffaz is also a traveler: in 2008 he begins an ambitious projet with Rendez-Vous, a series of album recorded in 3 cities – Paris, Mexico, Bénarès – depicting each times a real encounter with local musicians. After this first experience with India, between Kolkattaand Varanasi, Erik Truffaz wanted to create a new project for Bonjour India. A residency will be organized with a young producer of electronic music called Riatsu, which will give birth to a new indo-french collaboration for Bonjour India.

Riatsu is (the recording name of ) Shadaab Kadri, an ambient electronic musician from Bombay, India.

As a branched progression from contributing to synth portions in his drone metal band Pangea, Riatsu is the space for exploration of soundtrack music and field recording curiosities. Background scores for your visual imagination, in a sea of sound that stretches from ambient techno to dark ambient. After getting his interest piqued in composing ambient pieces through film scoring lectures attending during his fellowship at Musicians’ Institute, California, Shadaab has created scores and jingles for various visual features in the short format.

Part of the Bombay independent music circuit since over a decade, Shadaab has assumed multifold roles associated with it. From working on television shows and digital content promoting homegrown talent (Channel [V] Launchpad, Fox Travellers Sound trek, blueFROG Diaries), being an artist manager for some of India’s best bands, like Scribe, in addition to being a session/tour musician for the group, , tour managing duties for international bands (Meshuggah, Sikth), providing support and input to music festivals (GIR, Sulafest, Big 69), artist curating by creating monthly gig properties to showcase upcoming acts (Metal Nights, The Scene), to most recently conceptualizing and executing India’s first synthesizer festival (Synthfest), Shadaab has not only been composing music spread over a spectrum of genres, but also been an active part of sustaining and nourishing the framework and the organizational aspect of the music platforms in India .

Another guest should be the Indian percussionist Anand Bhagat, inspired by the 5 elements of nature and African music.