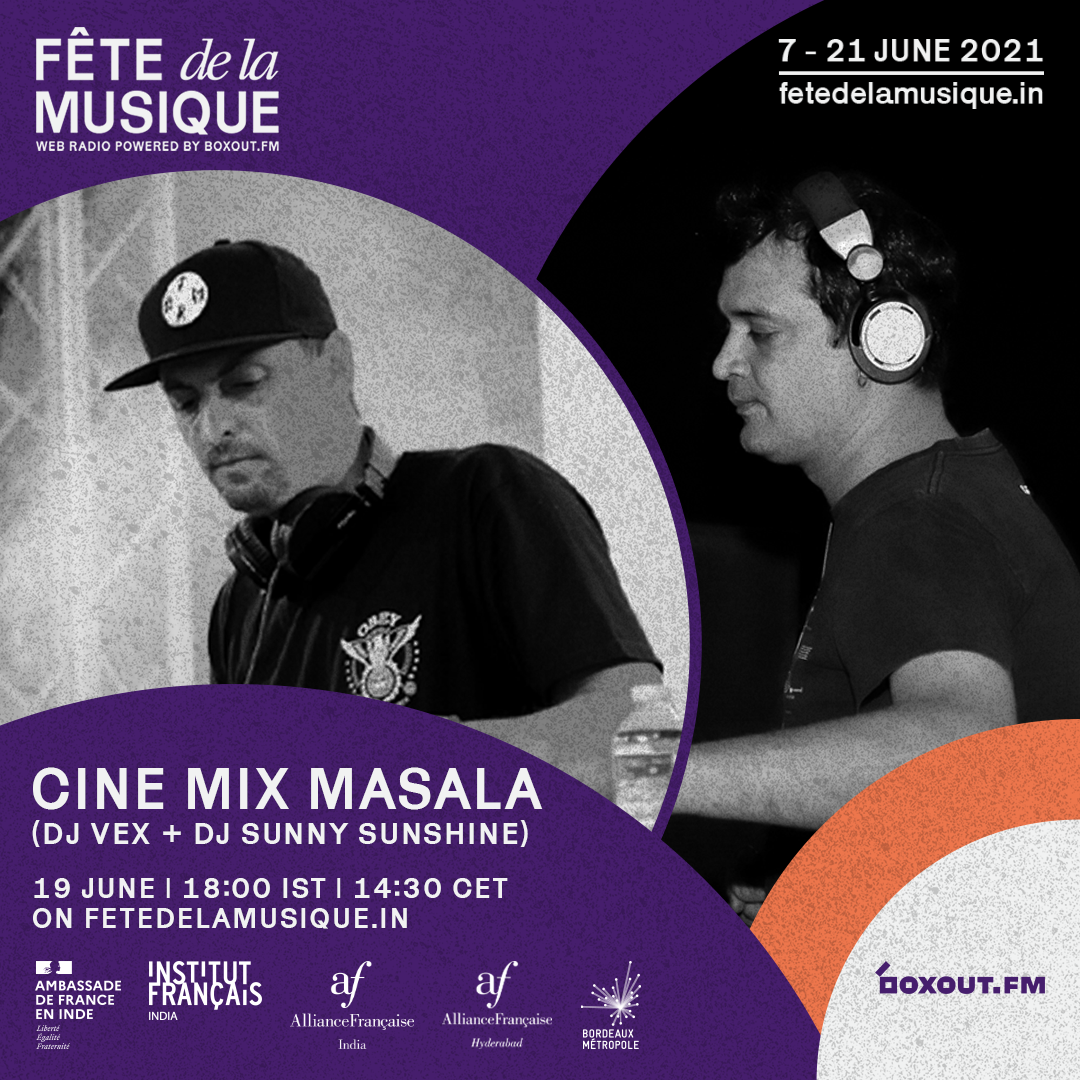 Imagine a blend of your favourite foot tapping numbers from Bollywood and Tollywood, but with a French tadka! Yes, you read it right! In yet another collaboration between Alliance Française of Hyderabad and Bordeaux Métropole, DJ Sunny Sunshine (Groovysun) from Hyderabad and DJ VeX from Bordeaux explore Bollywood and Tollywood music for a unique encounter between popular music from India and urban music from France. Tune in to boxout.fm or fetedelamusique.in at 6 pm IST (2.30 pm CET) on the 19th of June, 2021 for a colourful Saturday evening with Fête de la Musique.

Passionate Bordelaise DJ and beatmaker, DJ VeX is a fan of turntablism. Producer for more than 20 years, he has also collaborated on projects of Grems, LeSept, Kuality Records, Noema Project, Amnesia, Haut Debit, 0800, Beaxo or Sam’s.

DJ VeX has been on national and international tours since 2015 with artist CharlesX, and shares the sets with Method Man & Redman, Jazzy Bazz, Jeremy Ellis, Georgio, The Pharcyde and Ocean Wizdom. 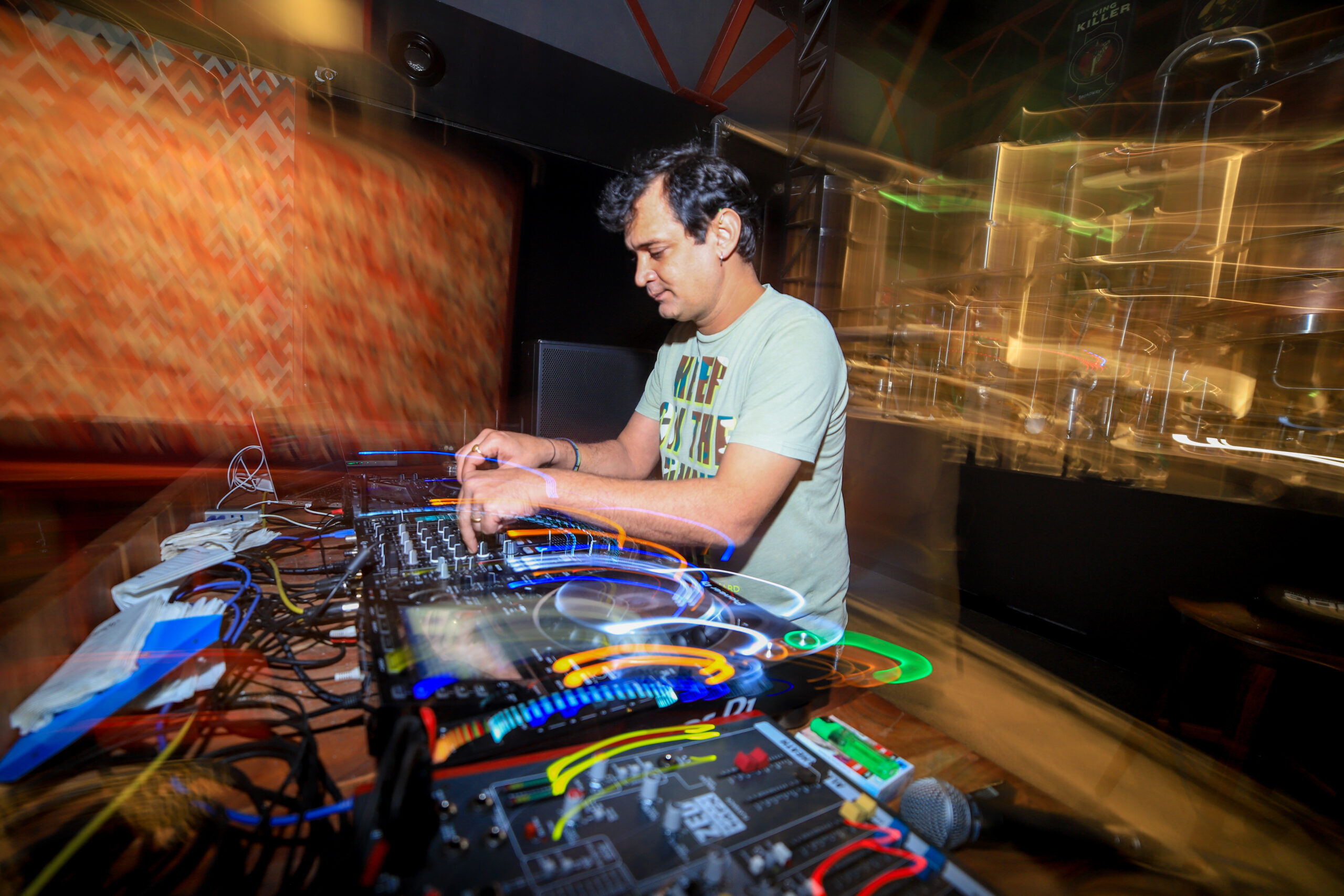 Voted as the best DJ in India in 2010, DJ Sunny Sunshine is a professional DJ based in Hyderabad. With his childhood spent in Mumbai and socialising in the urban circle, he discovered his love for music. His foray into the Hyderabad music scene began in 1996, with playing music for small gatherings. His parties were more of disco fever which had just become the buzz among the youth  in Hyderabad. Later, while playing in India and Europe, he felt the vibe and power of Electronic Music. Also known as Groovysun, today, he plays genres like Minimal, Club, Tribal, Latin, Electro, Progressive and Trance.

Click on the icon below to listen to them on the webradio from the Fête de la Musique website.