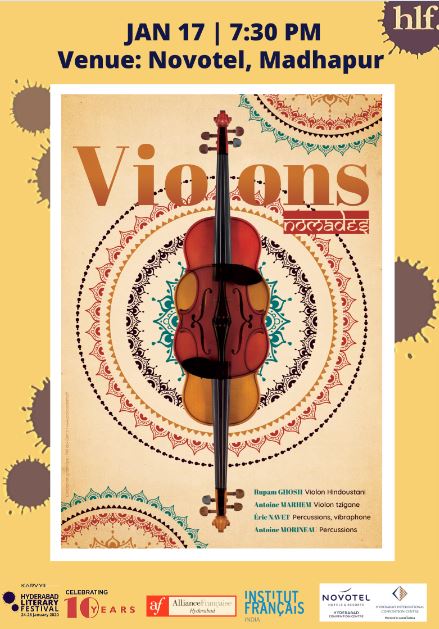 As a part of the Festival Fridays of Hyderabad Literary Festival, Alliance Française of Hyderabad invites you to a concert of the French-Indian band Violin Nomads at Novotel HICC, Madhapur, on January 17th, 2020 at 7.30pm. The concert is free and open to all.

Created in 2017, Violin Nomads is a mixed journey born from the encounter of two violinists, Antoine Marhem, a French musician passionate about Eastern Europe music, and Rupam Ghosh, a rising star of the Hindustani violin living in Calcutta. Eric Navet joined them at the vibraphone in 2018. During their 2-month tour in 2018, they gave about twenty concerts in cultural centers, theatres and festivals. 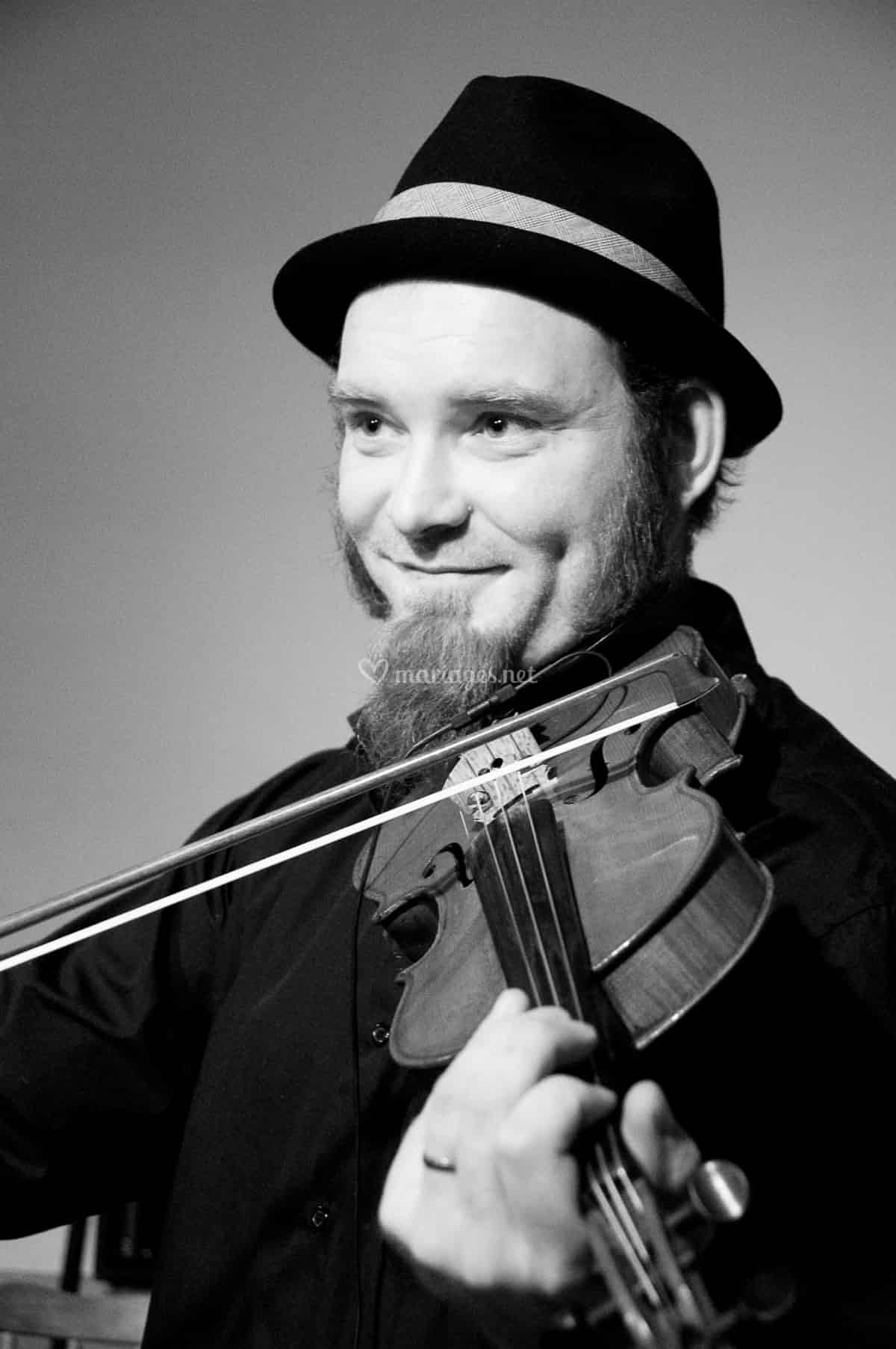 Born in 1982 in northern France, he began playing the violin at at the age of five and the viola at twelve at the Liévin music school (Nord Pas-de-Calais, France) where he obtained his diploma. His desire to escape leads him very quickly to put his classical training at the service of contemporary and folk Eastern Europe music and developed a multitude of projects in this style. He is also interested in improvised music, through exchanges with musicians around the world. 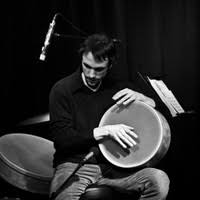 His favorite instrument is the Tombak. He is interested in the Persian music that he practices regularly and the Indian metrics that he studies, with Subhashish Bhattacharya. 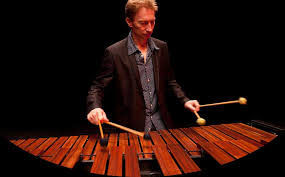 Formed initially in classical music and jazz, winner of several prizes in various repertoires from the Royal Conservatory of Brussels and the Conservatoire de Tourcoing, a graduate of musicology from Lille, Eric Navet practices the different folklores of the world with vibraphone and percussion through meetings with musicians from all over the world. He plays all kinds of percussion instruments, from the western drums to the vibraphone, but also the conga (a tall, narrow, single-headed drum from Cuba), the derbouka (a goblet drum mostly played in Egypt) or the Ghatam, a clay pot with a narrow mouth which is one of the most ancient percussion instruments of South India. He joined Violin Nomads for their 2018 tour. 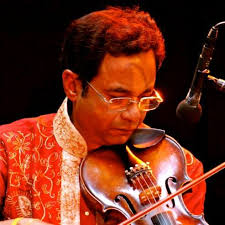 Rupam Ghosh is a profound Indian classical violinist. He began to learn violin at 9 and started performing at 14. He was awarded by Calcutta University as a young artist in 1981. His musical journey brought him close to the world-renowned sarod maestro Ustad Amjad Ali Khan. Since 1993, he devoted his entire life to his Guru Ustadjee. His performances were broadcasted several times in All India Radio New Delhi & Doordarshan. Since then, he has been giving regular performances in Europe and in the USA, which earned him fame and respect.

He started performing in France where he met Antoine Marhem. His success in France encouraged him to set up workshops and lecture demonstrations in various colleges and to travel to other European countries, including Germany or Denmark.