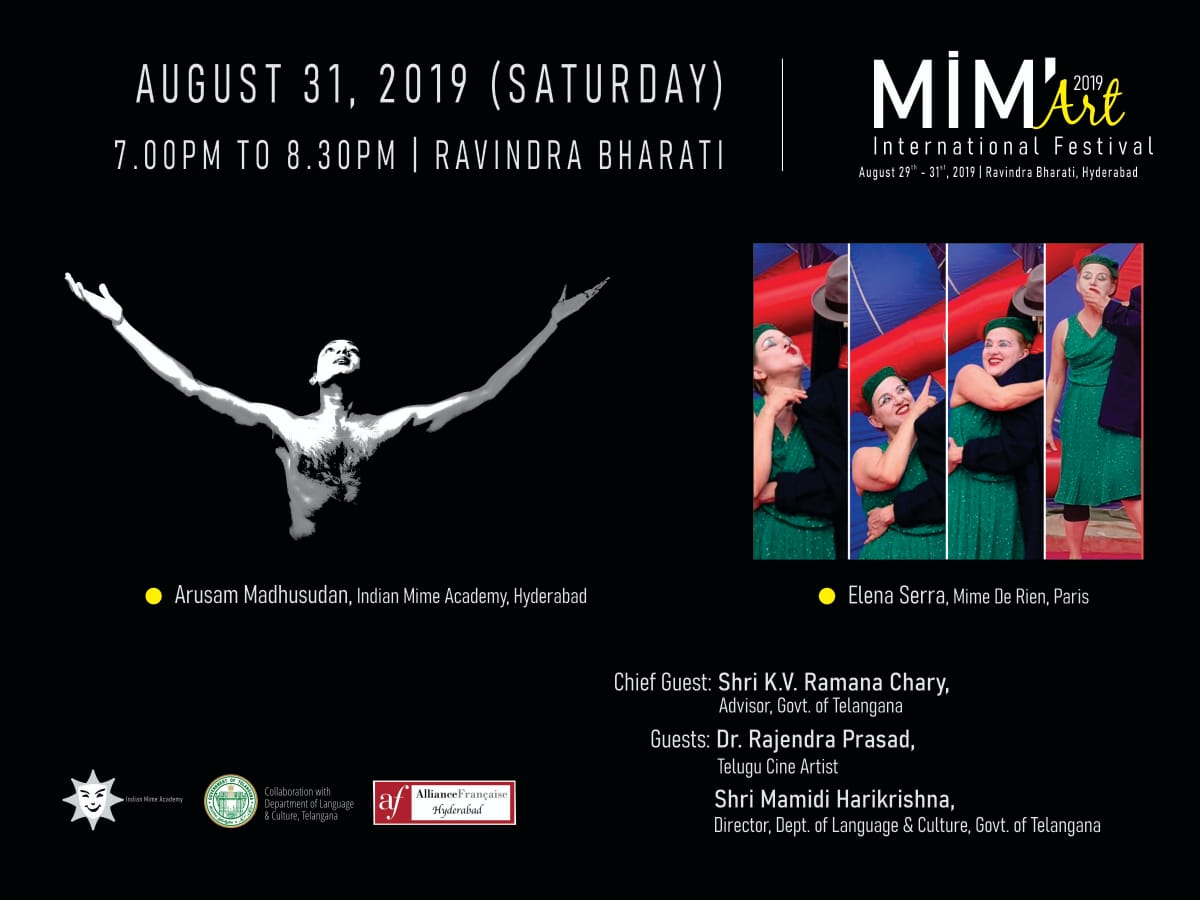 After completing her training at the School of Beaux-Arts of Turin (Italy) and her graduation diploma in contemporary dance Bella Hutter of Turin, Elena Serra met Marcel Marceau in 1985 in Montepulciano (Tuscany-Italy), at the Cantieri Internazionali d’Arte.

She then joined Marcel Marceau’s International School of Mimodrama in Paris, where she graduated in 1988. After the graduation, Marcel Marceau invited her to start a teaching collaboration with him, in his many internships and master classes in France and abroad (USA, Italy, Japan). After that, she will continue her training with other teachers and directors as Dario Fo, Ariane Mnouchkine, Jean Paul Denizon, Caroline Carson, André Riot Sarcey, Lory Leshin, Luca Ronconi, Bianca Li, Shiro Daimon, Paola Rizza, Jason Turner, Jos Houben.

From 1991 to 1997 she became Professor at the International School of Mimodrama Marcel Marceau. Between 1992 and 2005 she was part of the Nouvelle Compagnie as a performer in all the creations that have been presented worldwide. Since 2005, she has been teaching mime and pantomime arts at the Academy of Performing Arts directed by Carlo Boso and Danuta Zarazik, which she has been assisting for many years at the International Commedia dell’arte internship underAFDAS agreement.

With Maxime Nourissat she currently manages the Mime de Rien Company. For the past 5 years she has been teaching at al’Acting International in Paris.

She writes and plays her last show

Entry: Free and Open to All !