Tribute to Debussy and Hazrat I. Khan 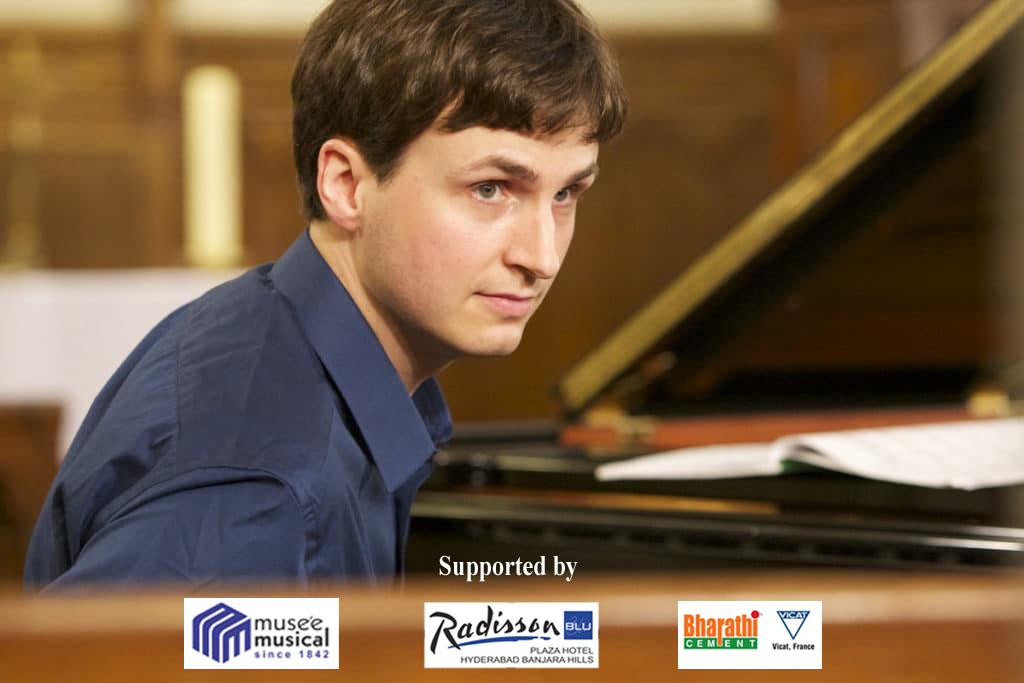 Free and open to all

The French pianist Olivier Moulin studied under Eric Heidsieck and Gery Moutier at the Conservatoire National Superieur de Musique of Lyon, where he was unanimously awarded first prize with honors. After advanced studies in the same institution, he continued his training in Austria at the Salzburg Mozarteum in the classes of Karl – Heinz Kammerling and Clemens Hagen, where he obtained a Master of Arts with highest honors.

Claude Debussy is a French composer claiming an important legacy from the French musicians of the baroque era. His discovery of exotic music during Universal Exhibition of Paris in 1889 lead him to meet the Indian sufi musician Hazrat I. Khan. The recital will be the occasion to listen to pieces from the Hindu Songs and Dances by H.I. Khan, as well as Chopin, Rameau and Debussy.

Hazrat Inayat Khan was born in Vadodara, Gujarat, to a noble family. His paternal side is fom Pashtuns of Afghanistan, initially settled in Sialkot, Punjab, and his maternal grandfather, Ustad Maula Bakhsh (1833–1896), called the ‘Beethoven of India’, founded Gayanshala, an academy of Indian music, the first of its kind in India, in Vadodara, whose wife (Inayat Khan’s maternal grandmother), Qasim Bi, was a granddaughter of Tipu Sultan, the famous eighteenth century ruler of Mysore.

Hazrat Inayat Khan was a Sufi teacher from India who started “The Sufi Order in the West”  in the early part of the 20th century. Though his family background was Muslim, he was also steeped in the Sufi notion that all religions have their value and place in human evolution. He was born into a family of musicians in 1882.  His grandfather, a well-known musician respected as a composer, performer, and developer of a musical annotation, combined a group of diverse musical languages into one simplified integrated notation. The house in which he grew up was a crossroads for visiting poets, composers, mystics, and thinkers, where they met and discussed their views  in an environment of openness and mutual understanding. He was good in Veena, and went on a concert tour throughout India intent on reviving some of the older folk songs.  One day in Hyderabad, he met the man he had seen in his dreams, Mohammed Abu Hasana, a member of the Chishti Sufi Order that was introduced into India at the close of the 12th century A.D. He became the teacher of Inyat Khan, who traveled widely, on the advice of his teacher between 1910 and 1920. He decided to do more intensive teaching of Sufi during the summer in France, and took up residence there near Paris in Suresnes, and later settled in Paris. He initially came to the West as a Northern Indian classical musician, having received the honorific “Tansen” from the Nizam of Hyderabad, Inayat Khan interlocks his passion for music with his Sufi ideologies making a compelling argument for music as the harmonious thread of the Universe.

This program will be the  occasion to listen to five pieces from the « Hindu Songs and Dances » written by Inayat Khan between 1913 and 1914. This recital program around Debussy is structured as a link between the East and the West.