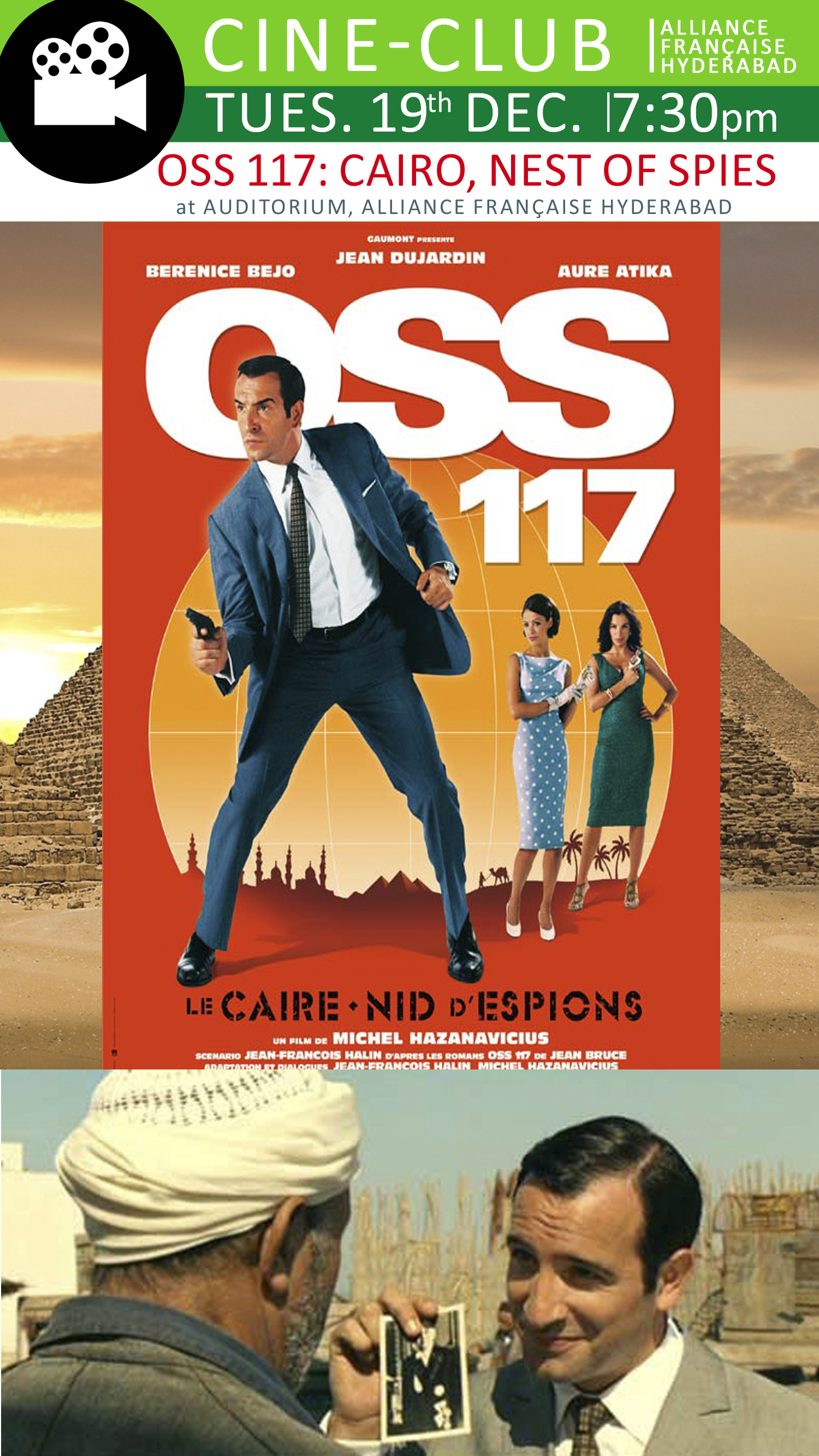 An homage to classic spy films. after a fellow agent and close friend disappears, secret agent Hubert Bonisseur de la Bath, a.k.a. OSS 117, is ordered to take his place at the head of a poultry firm in Cairo. This is to be his cover while he is busy investigating, foiling Nazi holdouts, quelling a fundamentalist rebellion, and bedding local beauties.

OSS 117: Cairo, Nest of Spies released in France as OSS 117 : Le Caire, nid d’espions, is a 2006 French spy comedy film directed and co-written by Michel Hazanavicius in his feature film debut, OSS 117 (the government code name for Hubert Bonisseur de la Bath) — a French super-spy and European equivalent of James Bond. It stars Jean Dujardin, Bérénice Bejo, and Aure Atika. Set in 1955, the film follows the exploits the French secret agent Hubert Bonisseur de La Bath / OSS 117, as he is sent to Cairo to investigate the disappearance of his best friend and fellow spy Jack Jefferson, only to stumble into a web of international intrigue. This is based on the OSS 117 novel series by Jean Bruce, but acts as a parody of the spy genre rather than a faithful adaptation, and depicts OSS 117 as an idiotic Frenchman with close-minded views on race, religion, and gender roles.

It was relatively successful at the box office in France, with an attendance figure of over 2 million. Due to the film’s performance, a 2009 sequel has been made titled OSS 117: Lost in Rio.