In partnership with the Alliance française in India and the Institut Français in Paris and in India, the next edition of “Je viens de loins, j’écris en français” will be held on Saturday the 30th of May at 4pm (Paris time) / 7.30pm (Delhi time) with our guest Shumona Sinha. 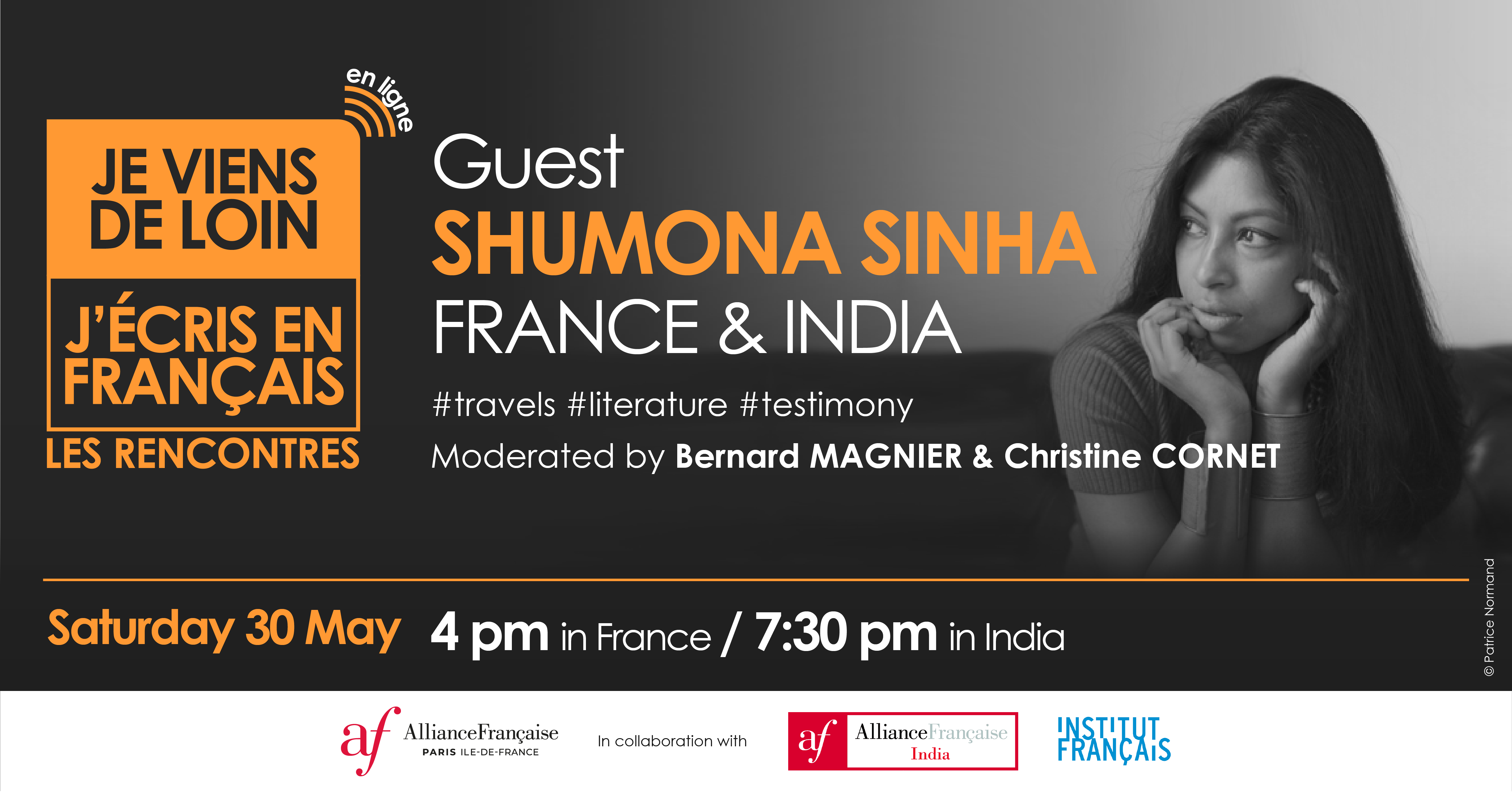 Join us this Saturday, May 30th, 2020, at 4pm (Paris time) / 7.30pm (Delhi time), for a new digital edition of the literary encounters series of the Alliance française Paris Ile-de-France, ‘Je viens de loin, j’écris en français’ (I come from afar, I write in French) with Indian origin writer Shumona Sinha, organised in collaboration with the Alliance Française network in India, Institut Français and French Institute in India.
The discussion will be moderated by journalist Bernard Magnier and Christine Cornet, the Books and Ideas Attachée at the French Institute in India.

Organised since 2017, these literary encounters provide a platform for literary discussion to all genres of authors and creators (writers, film directors, comic book writers and the like) who have come from afar and have decided to express themselves in French.

Prior registration is required to attend the event.

The event is free and open to everyone.

Born in Calcutta, living in Paris since 2001 and French citizen for the past 10 years, Shumona Sinha considers French language to be her nation rather than India or France. In her last book, Le testament russe, released in March 2020 at Gallimard edition, she expresses her passion for Russian literature and invites us on Tania and Adel’s journey between Bengal and the Soviet Union.

Bernard Magnier explores his guests’ universe through their writing journey, their creation process, their relationship with the French language or their mother tongue, and their personal anecdotes. Journalist, publisher and renowned expert on francophone literatures, Bernard Magnier plans and hosts this events with finesse, sincerity and sagacity.

In May 2020, it is online that these events keep on introducing you to some of the greatest francophone authors. For this special edition, Christine Cornet will join Bernard Magnier and co-host the event.

This new online edition of “Je viens de loin, j’écris en français” is the opportunity to discuss once more this author’s vision on the French language, as well as the notions of journey, exile and origins, through her personal path, with which you will certainly relate.