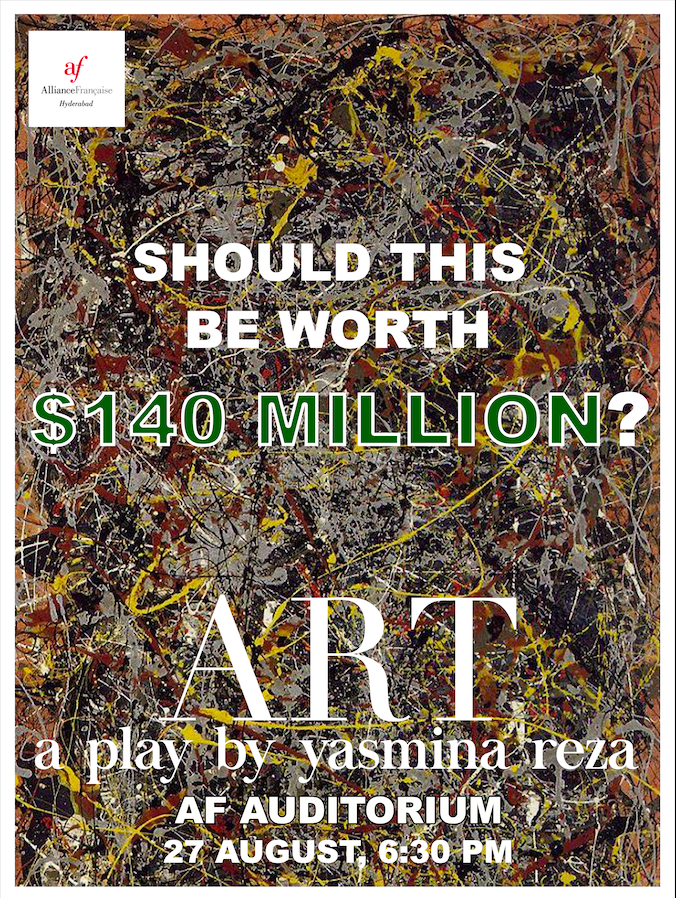 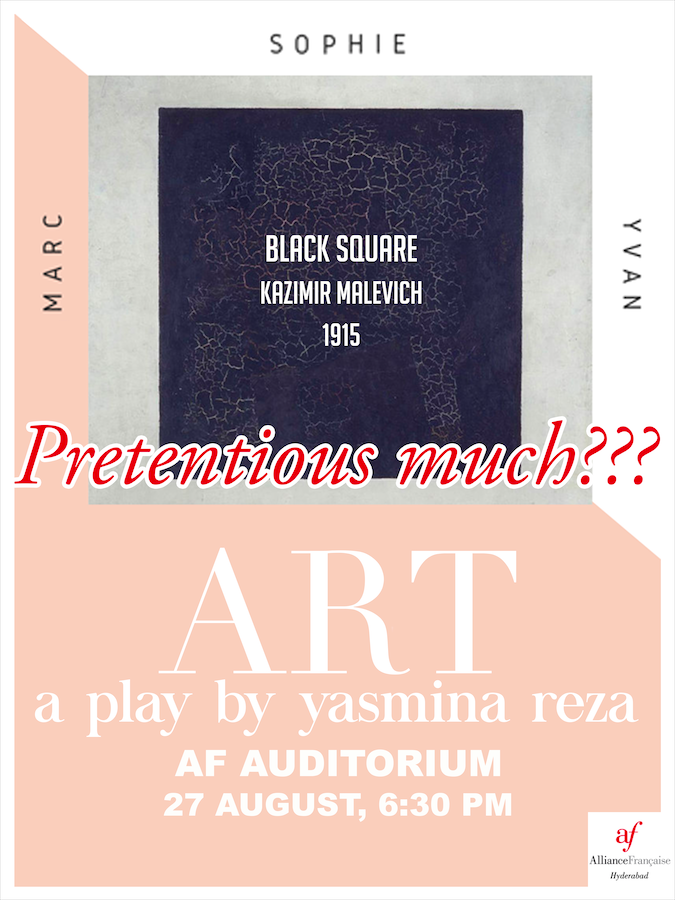 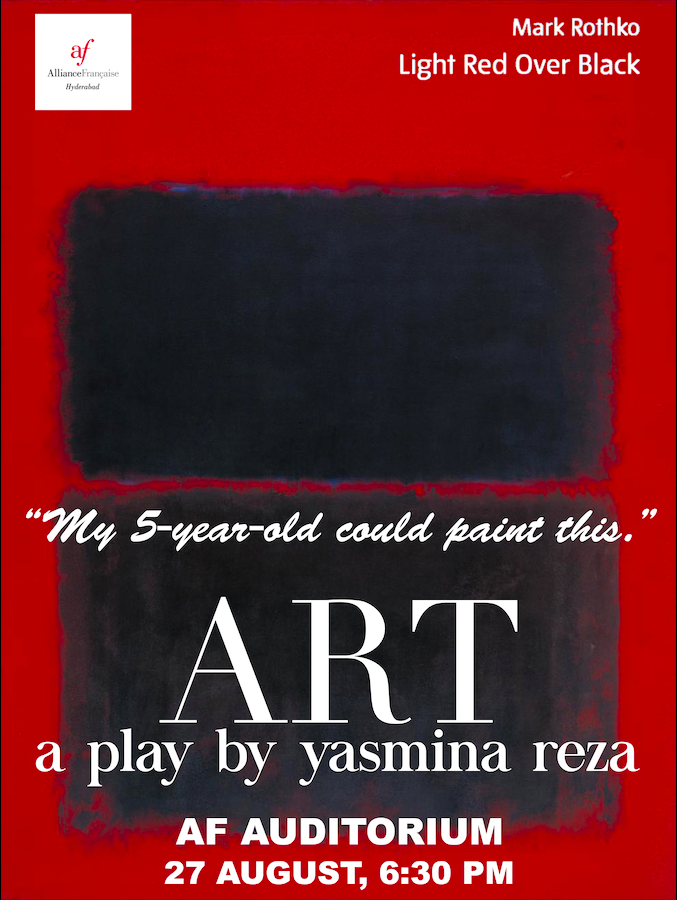 Art is a French comedy play by Yasmina Reza that premiered in 1994 at Comédie des Champs-Élysées in Paris. The play subsequently ran in London in 1996 and on Broadway in 1998.

Set in Paris, the comedy, which raises questions about art and friendship, concerns three long-time friends, Serge, Marc, and Yvan. Serge, indulging his penchant for modern art, buys a large, expensive, completely white painting. Marc is horrified, and their relationship suffers considerable strain as a result of their differing opinions about what constitutes “art”. Yvan, caught in the middle of the conflict, tries to please and mollify both of them.

The play is not divided into acts and scenes in the traditional manner, but it does nevertheless fall into sections. Some of these are dialogues between two characters, several are monologues where one of the characters addresses the audience directly, and one is a conversation among all three.

This hilarious play staged by Aarthy, Purushotham and Srinivas, students of Alliance Française, is the age-old argument on MODERN ART and its creativity(or the lack of it).  The ingenious french playwright YASMINA REZA has gained immense popularity with this play being translated into over 30 languages.

A friend buys a strange piece of modern art, another friend loses his mind and another gets punched in the face. Was the painting worth its 200 million euros?? Did Yvan deserve the punch to his face. Did Marc come to terms with modern art? Did Sophie retain her dignity among her philistine friends??
Come and watch as the FIGHT UNFOLDS……

Entry: Free and Open to All !