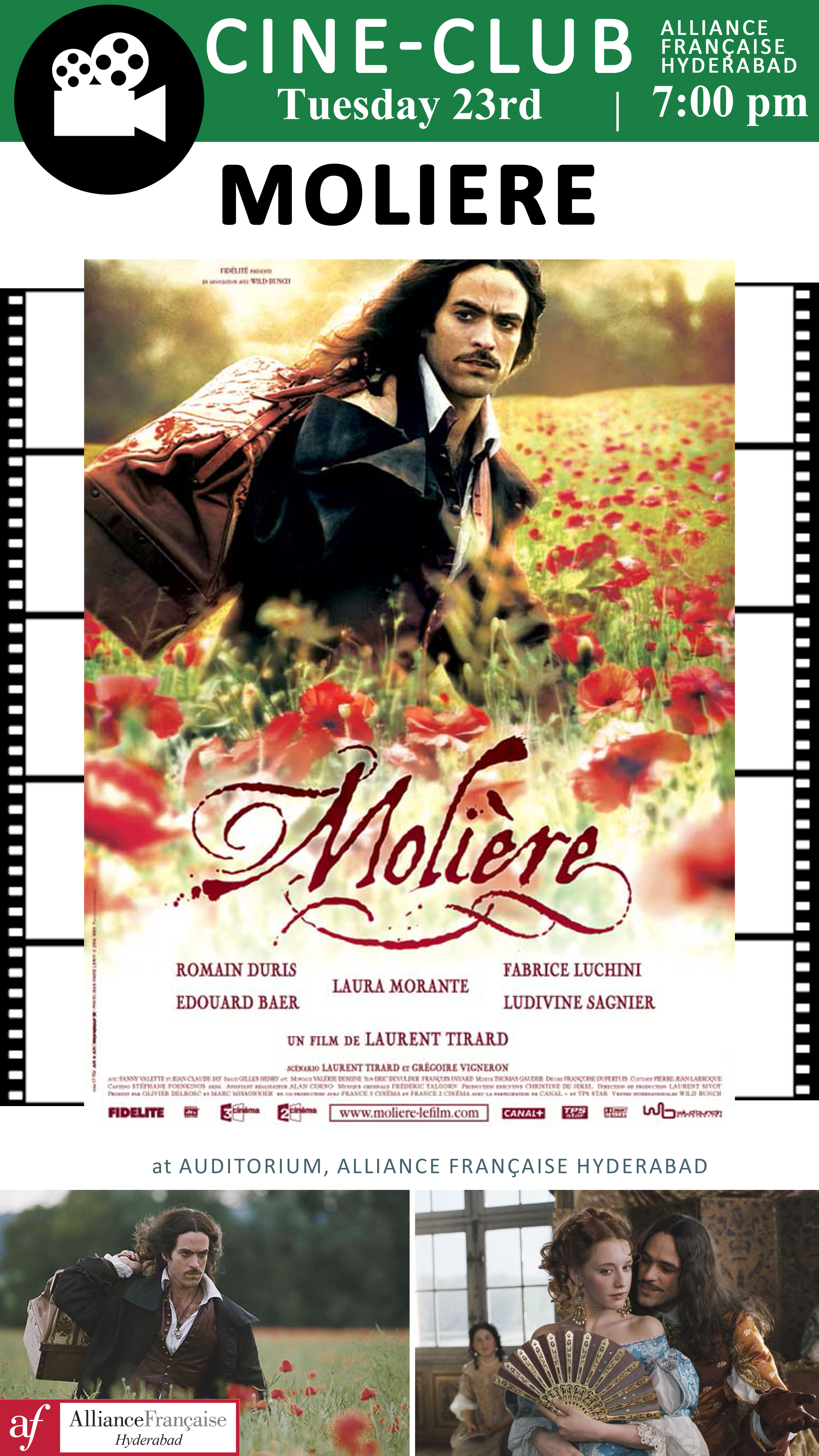 Plot: In 1645, the French playwright and actor Jean-Baptiste Poquelin — better known as Molière — mysteriously disappeared for several weeks, and this lavish comedy drama imagines a scenario that could explain what may have happened to him. At this time, Molière is touring the French countryside with his traveling theater company, and he’s yet to be recognized as one of the continent’s great authors (or achieve significant financial success). Molière is put in jail after skipping out on some unpaid debts, but is freed after his fine is paid by two strangers. Molière discovers his benefactors are acting on behalf of Jourdain, a very wealthy man who has a beautiful wife, Elmire and two lovely daughters. However, Jourdain has fallen head over heels for Celimene, a gorgeous widow, and he’s written a short play in order to demonstrate his feelings for her. Jourdain needs someone to help him polish his script and serve as an acting coach, and he’s recruited Molière for the job. Needing the money, Moliere accepts, but he poses as a man of the cloth, Monsieur Tartuffe, to keep his identity a secret. Molière soon realizes that Jourdain’s talent exists only in the rich man’s imagination, and that Jourdain already has a rival for Celimene’s affections, the charming but duplicitous Dorante.

César Award, which is the highest French award, was nominated in many categories, for the 17th-century French farceur’s life based film, Molière.

Who was Moliere? He is known everywhere as one of the world’s greatest playwrights. Born Jean-Baptiste Poquelin in 1622, the son of a prosperous tapestry maker. His mother died when he was a boy. Growing up in the teeming streets of 17th century Paris, Jean Baptiste received a good Jesuit education and was fascinated by the street fairs and traveling carnivals that flourished in spite of the religious repression and hypocrisy of those cruel times. As a young man he joined the theatrical Bejart family to establish the Illustre-Theatre, which soon went bankrupt. The troupe reformed, found patronage, and went on the road for thirteen years, performing all over France. Poquelin developed his stagecraft adapting Commedia dell Arte plots to please brutalized peasants and cynical townspeople. He also married Madeline Bejart, the widowed daughter of the troupe’s founder. Later he entered into a love affair with Mme Bejart’s daughter, to the dismay of all. The troupe eventually returned to Paris and, on October 24, 1658, greatly impressed the 20-year old King Louis XIV, later to be called the Sun King. Moliere’s life became bound up with the magnificent court at Versailles, and with its intrigues. He wrote, staged and acted in the plays now famous all over the world. He fought with his enemies and his friends, enjoyed success followed by failure, organized court festivities and defended himself against increasingly fanatic religious authorities. Above all, his theater was taken from life as his life was theatrical.

Entry: Free and open to all

The screening will be followed by a debate to exchange the points of view and discuss topics related to the film.