This year Alliance Française Hyderabad will partner with Hyderabad Trails and co-organize a walk to Monsieur Raymond’s Tomb within the famework of Jashn-e Hyderabad Festival, which celebrates 425th birthday of Hyderabad. The participation in this wak is free, and is open to everybody.

About Monsieur Raymond and his tomb: General Michel Joachim Marie Raymond, popularly known as Monsieur Raymond, was a French General in Nizam’s military and the founder of Gunfoundry in Hyderabad. In 1786, when he joined the service of the Nizam he was a simple soldier, but shortly after, 300 soldiers were under his orders. On his death, in 1798, he had become a military commander of over 14,000 army men! Raymond’s tomb is located near Asman Garh Palace on top of a hillock at Mussa Ram Bagh, Malakpet, in East Hyderabad. Until about 1940, people would visit Mr. Raymond’s Tomb on the anniversary of his death, taking incense and other offerings to him!

The details about the walk are as follows:

Map of the Walk: 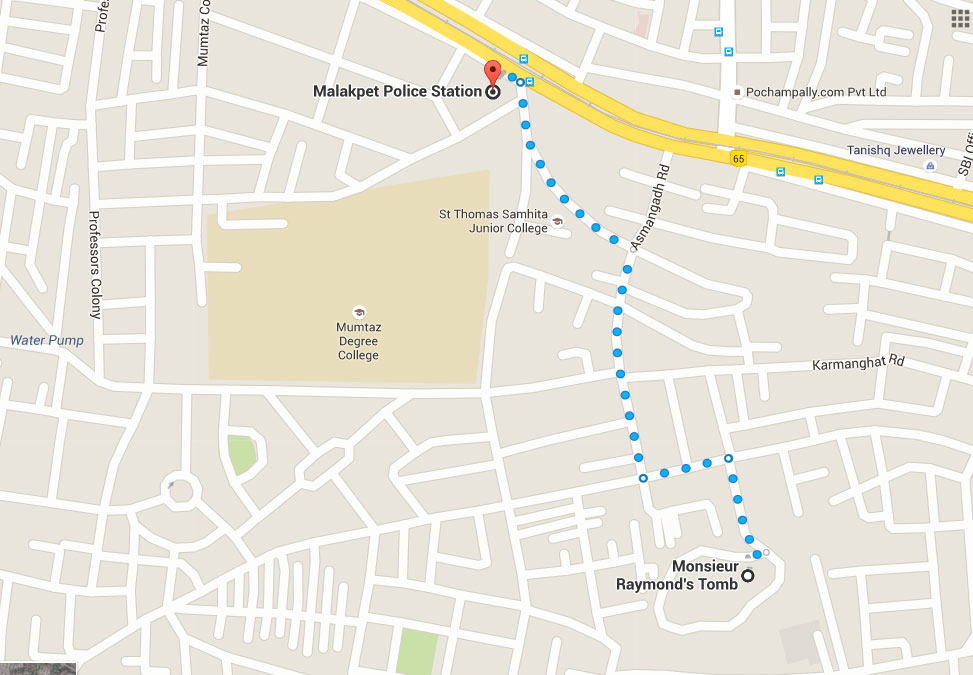