French film “In the name of my daughter” 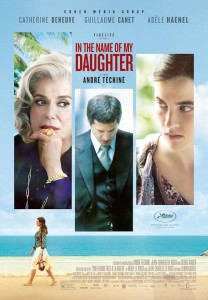 “In the name of my daughter” by André Téchiné

A true-crime thriller, from a true story

In 1976, following the break-up of her marriage, Agnès Le Roux returns to Nice from Africa, where she meets her mother’s lawyer and right-hand man, Maurice Agnelet. Her mother Renée owns the Palais de la Méditerranée casino, of which Agnès is a shareholder. Agnès falls in love with Maurice, whose intentions are unclear. The man has a beef with Renée related to the casino management that could complicate the situation. Agnès, for her part, wants to start her own business.