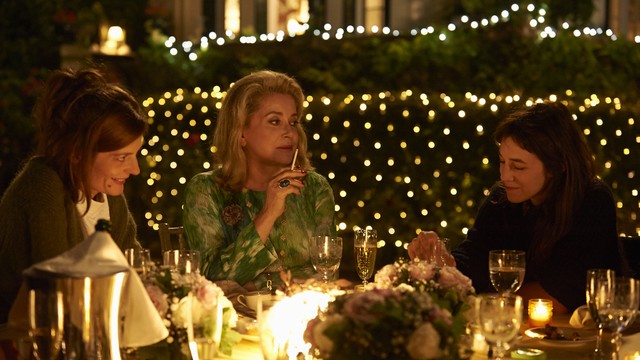 One night, after missing his train back to Paris, Marc finds himself stranded in a provincial town. Here he meets an attractive woman named Sylvie and the two wander around the town until the early hours, talking about everything but themselves. Before he takes the first train back to the capital, Marc arranges to meet up with Sylvie in Paris in a few days’ time. Even though she knows nothing about Marc and he knows nothing about her, Sylvie goes to the place where they agreed to meet, but Marc is not there. Circumstances prevent Marc from reaching the rendezvous. Looking for Sylvie, he encounters another woman named Sophie, and doesn’t realise that she is Sylvie’s sister…

After a stellar 40-year career, director Benoît Jacquot once again proves that he is at the top of his game with this classic love triangle of 3 Hearts. The film has elements that echo great Hollywood melodramas such as “An Affair to Remember”, or “Brief Encounter”. However, the story is told with a fresh, contemporary voice, which is both emotionally rich and enjoyably rewarding.