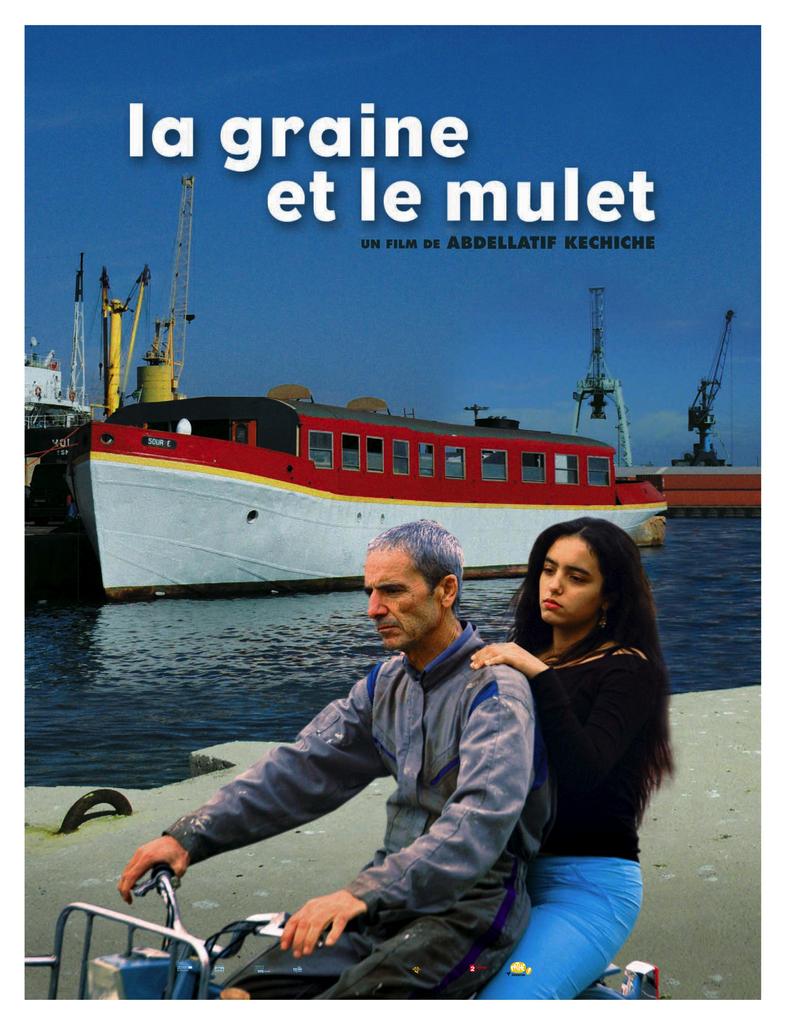 La Graine et le Mulet (The Secret of the Grain)

The Secret of the Grain ( La graine et le mulet, also released internationally as Couscous) is a 2007 Franco-Tunisian drama film directed by Abdellatif Kechiche. The film stars Habib Boufares as an aging immigrant from the Maghreb whose ambition to establish a successful restaurant as an inheritance for his large and disparate family meets skeptical opposition from the French bureaucracy.

The French title of the film refers to a “grain of couscous” and to mullet, a type of small fish, both popular in Tunisian cuisine. The two ingredients constitute both the staple of his extended family’s diet and the menu on which he plans to establish his restaurant.

Slimane Beiji (Habib Boufares) is the divorced head of a Franco-Arabic family living in Sete. As he is being forced out of his job at the local shipyard, he interacts in a series of extended vignettes with various members of his extended family including his ex-wife, his sons and daughters, their husbands and wives, and his grandchildren. Determined to leave a legacy for his beloved family, and encouraged by his long-term partner’s daughter, Rym, (Hafsia Herzi) he pursues his dream of converting a dilapidated boat into a family restaurant that will specialise in his ex-wife’s fish couscous, a meal that she prepares for the entire family every Sunday.

The film revolves around his dream of converting a dilapidated boat into a family restaurant.