Alliance Française Hyderabad invites you to the concert of Indian Classical Music by Alexandre Jurain, Esraj player, accompanied by Sukanta Bose on the tampura, and Amit Bhushan on Tabla,  on Friday February 16th from 10:30 AM to 12:00 noon at Guruswamy Center.

The Esraj is an Indian stringed instrument that appeared about 300 years ago in India. It is found in North India, primarily Punjab, where it is used in Sikh music and Hindustani classical compositions, as well as in West Bengal. 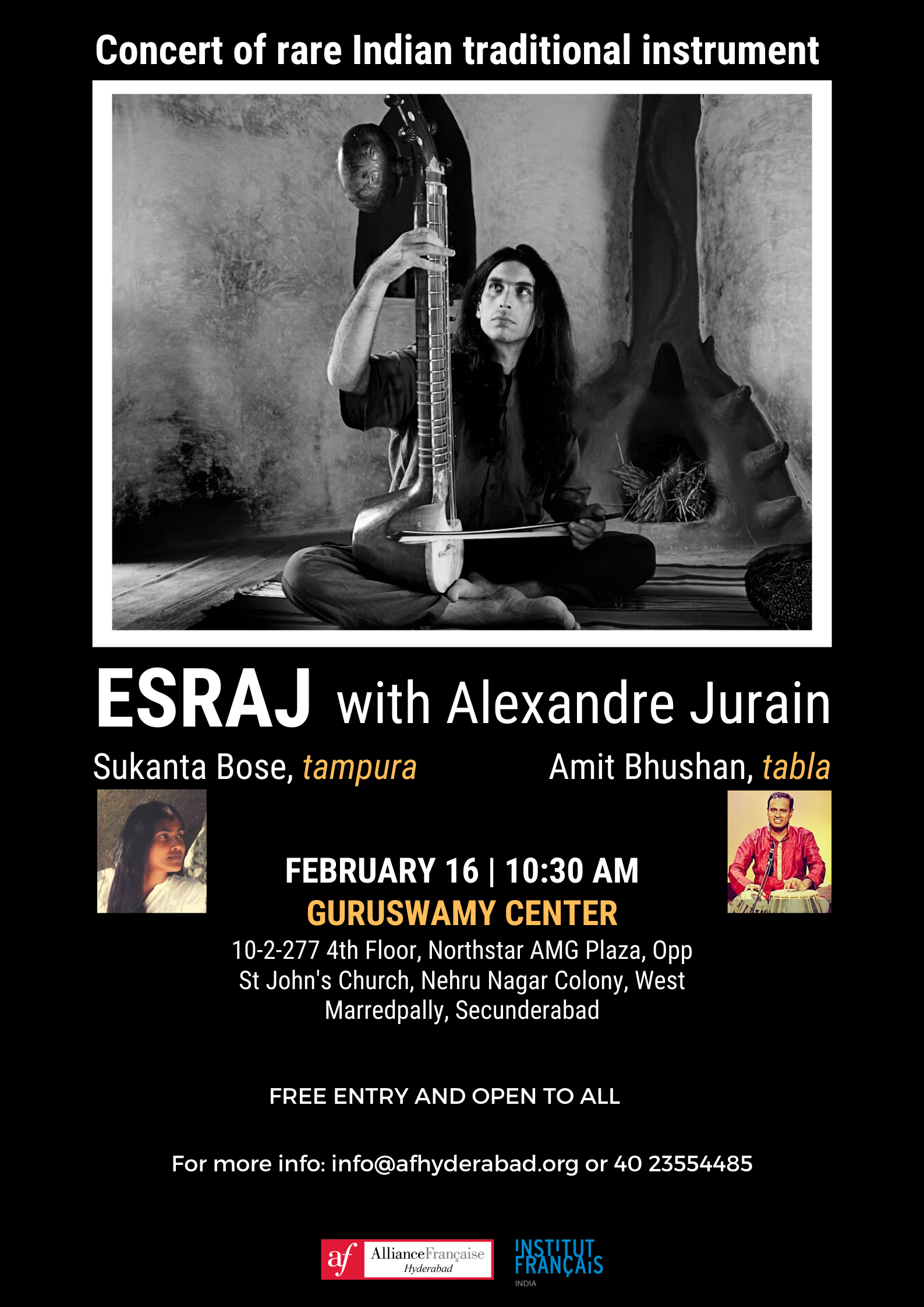 About Alexandre Jurain, esraj
Alexandre was born in a Champagne village surrounded by forests and ponds. Passionate about nature and music, he learns the piano, discovers jazz, gets drunk listening to Bach, John Coltrane, Keith Jarreth, Magma, Bartok and Stravinsky. Increasingly interested in Indian music, he arrived in Santiniketan at the end of 2000 and met Abir Singh, a fantastic musician playing one of the rarest stringed instruments in the world, the esraj.
Abir Singh’s musical world, and the expressive possibilities of the esraj, with its sounds ranging from soft to rough and caressing to sharp, fascinated Alexander who became his student. This encounter, which has revolutionized his life, is followed by the meeting, also capital, of Sukanta. The one who will become his companion, in life and in music.

About Sukanta Bose, Tanpura
Sukanta was born in Chandernagor, West Bengal. Her parents, passionate singers, introduced her from a very young age to Indian classical music and to the interpretation of Rabindra Sangeet, a popular repertoire of songs composed by the poet Rabindranath Tagore.
While studying painting at the University of Santiniketan, created by Tagore in the early 20th century, Sukanta took singing lessons from two masters, Vikram Singh and Mohan Singh.
Her painting was already singing nature. Her voice was found in Alexander’s compositions, coloured by the same love of the Earth.