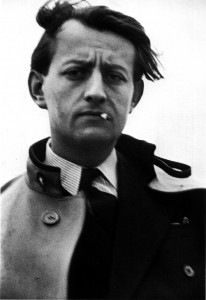 Who is André Malraux and What is his connection to India?

André Malraux (1901-1976) was a French adventurer, award-winning author, statesman known for his interest in archaeology. He was the first Minister for Culture in France, from 1959 to 1969.

He came to India and travelled extensively throughout Indo-China. India was for Malraux a land of Gandhi, whom he had never met but who was always present in his thoughts, and of Nehru, whom he met a number of times, and who became almost a friend.

André Malraux’s relations with India are complex and multiple. All his life he was attracted by the Indian culture and thought. In his autobiographical book ‘Anti-Mémoires’, India is present in a rich, dense and copious way. In this book, he has devoted about 100 pages, nearly one-fifth of the book, to India. The intense poetry of the pages is dedicated to Benares, the Madura temple, and the caves of Ellora and Elephanta.

Born in 1947, Prof. Peter Tame attended King’s College (University of London) as an undergraduate and University College (also London) as a postgraduate.

He is a specialist of literary representation of ideology and political reality of the twentieth century. In particular, he focuses on the novel of the Entre-Deux-War, the Second World War and the Occupation

Prof. Peter Tame has been honored with

Conference Information
A series of conferences will be hosted in India by Prof. Peter Tame, Vice-President of Amitiés Internationales d’André Malraux (AIAM) affiliated to the University of Queens at Belfast, Northern Ireland to examine the complex yet fascinating relation between André Malraux and India through malruciens writings..
Free and Open to All!