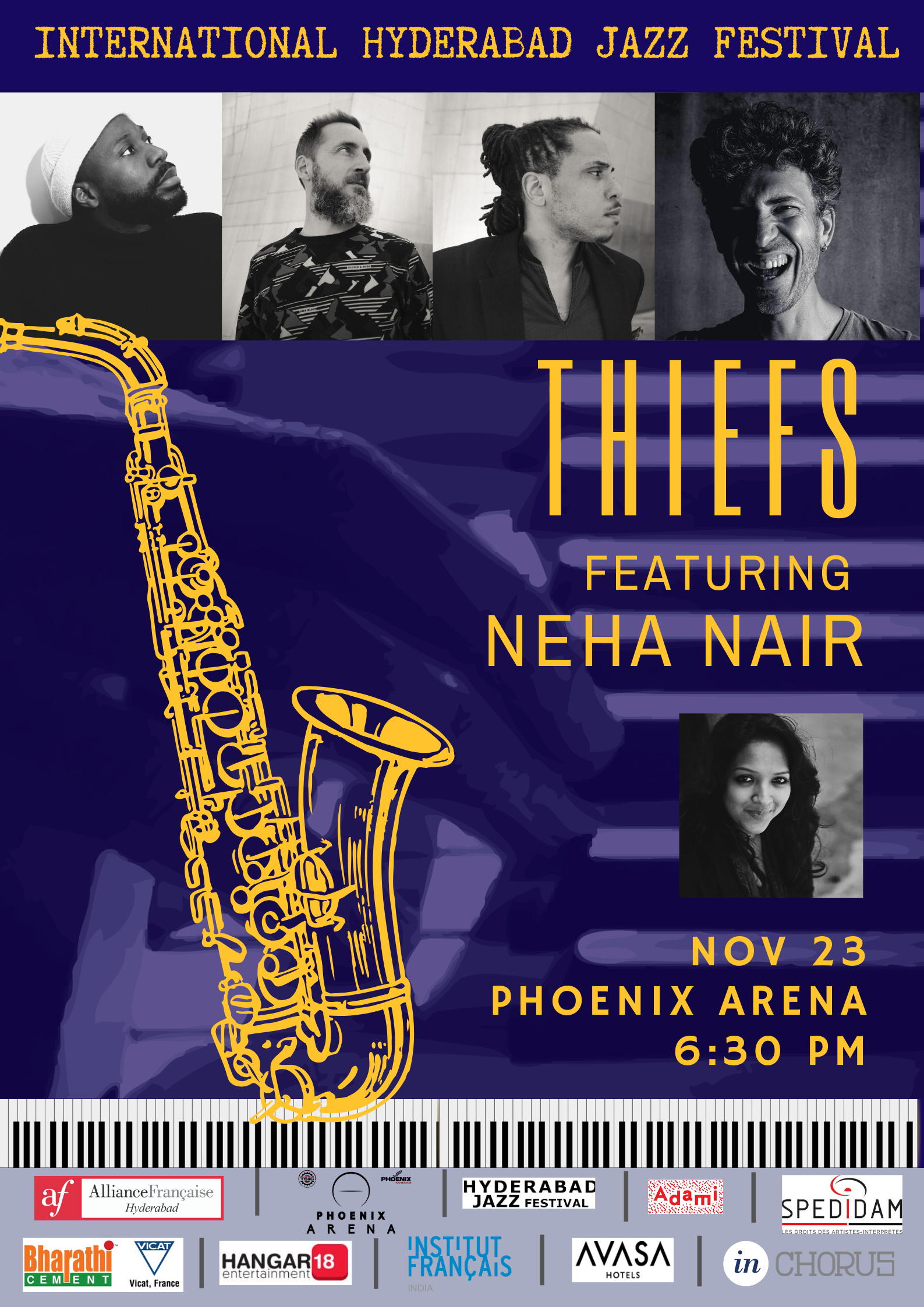 As a part of the 3rd International Hyderabad Jazz Festival 2019, on Saturday 23rd November the French Band “THIEFS” with an Indian female vocalist from Kerala will be performing at Phoenix Arena, Madhapur, from 6.30pm onwards.

Alliance Française  Hyderabad invites you to a concert featuring THIEFS and Neha Nair at Phoenix Arena from 6.30pm onwards.

“THIEFS” is an emblematic band of the new French Jazz/Hip Hop scene founded by the saxophonist Christophe Panzani. It released its second album called GRAFT (La GREFFE) in 2018. This album has been acclaimed in Europe and in the United States as one of the most powerful album on the avant-garde scene. Reflecting the complexity of mixed culture as an “objet d’art”; musical object, fruit of our time, mixing acoustic and electronic music, vocal and instrumental, jazz and Hip Hop… But also a reflection about mixed culture as a fruit of human migrations, in our troubled times. THIEFS makes a statement, and proves the fruits of these multiple Grafts to be strong, beautiful and needed.

The Indian Tour is a way to start and develop a collaboration with a great Indian Artists, Sushin Shyam and Neha Nair. Sushin is a musician and music composer in the Malayalam film industry. He is also the keyboardist of a well-known Indian folk metal band called The Down Troddense.