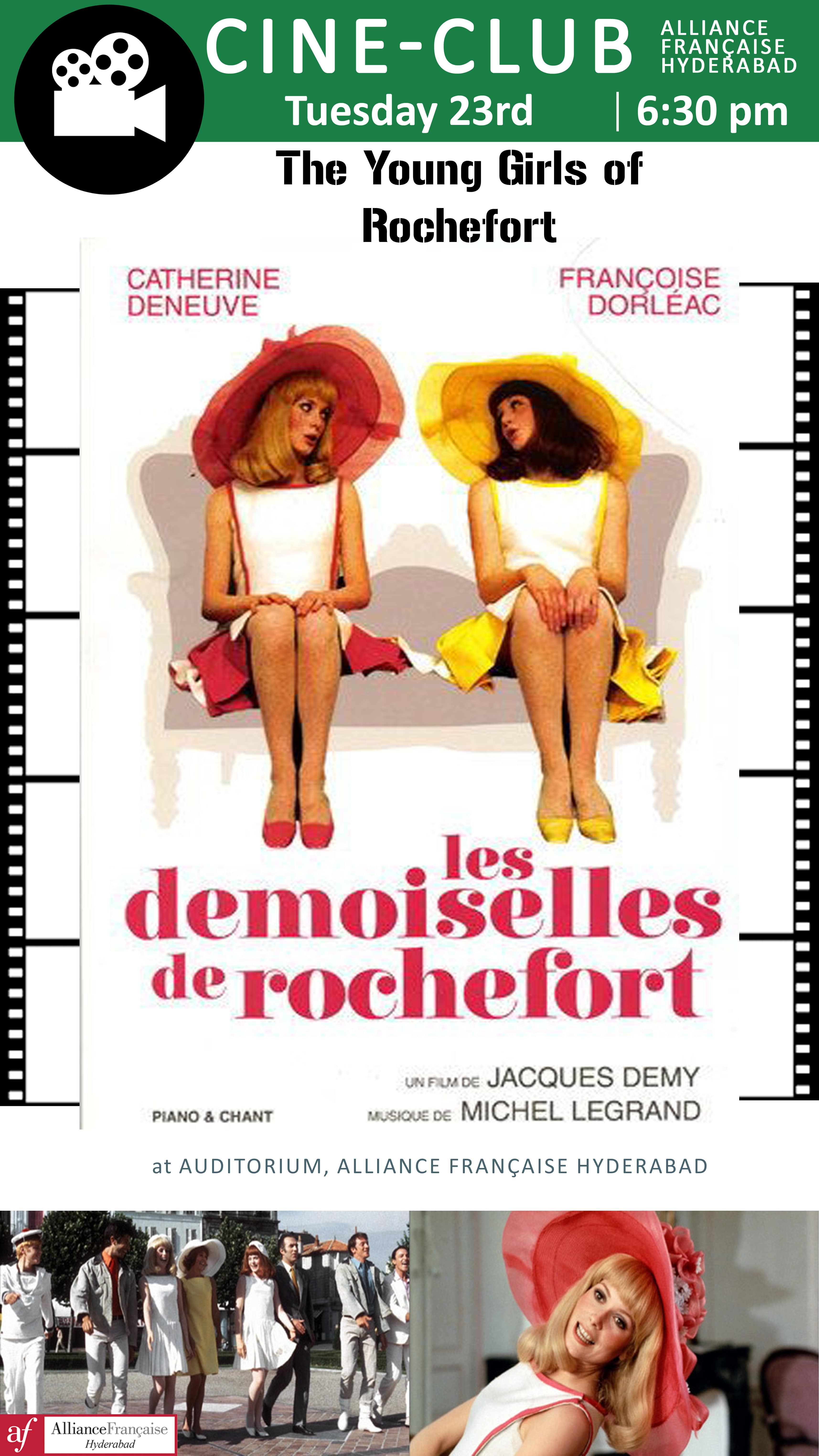 A wonderfully entertaining musical fantasy, THE YOUNG GIRLS OF ROCHEFORT features big-screen legend Gene Kelly and international star Catherine Deneuve, in a delightfully lighthearted story about two charming sisters waiting for their perfect love to arrive! In the picturesque seaside village of Rochefort, Delphine (Deneuve) teaches dance while her twin Solange (Francoise Dorleac) composes and gives piano lessons. As the girls dream of success and romance in the far-off big city, they don’t realize that true love may be just around the corner! An exuberant musical treat that earned rave reviews from critics everywhere, this beloved classic has been beautifully restored to its original magnificence!

Michel Legrand composed the score, to Demy’s lyrics. The most famous songs from this film score are “A Pair of Twins” (“Chanson des Jumelles” in French) and “You Must Believe in Spring” (“Chanson de Maxence”). The film was nominated for an Academy Award for Best Scoring of a Musical Picture. The film was also another big success for Demy in France.

After the triumph of the “Umbrellas of Cherbourg”, after the melodrama, Demy and Legrand composed a new “musical” on the basis of a joyful and colourful (yet melancholic) love chassé-croisé.

Entry: Free and Open to All !!