CINE-CLUB – The kidnapping of Michel Houellebecq 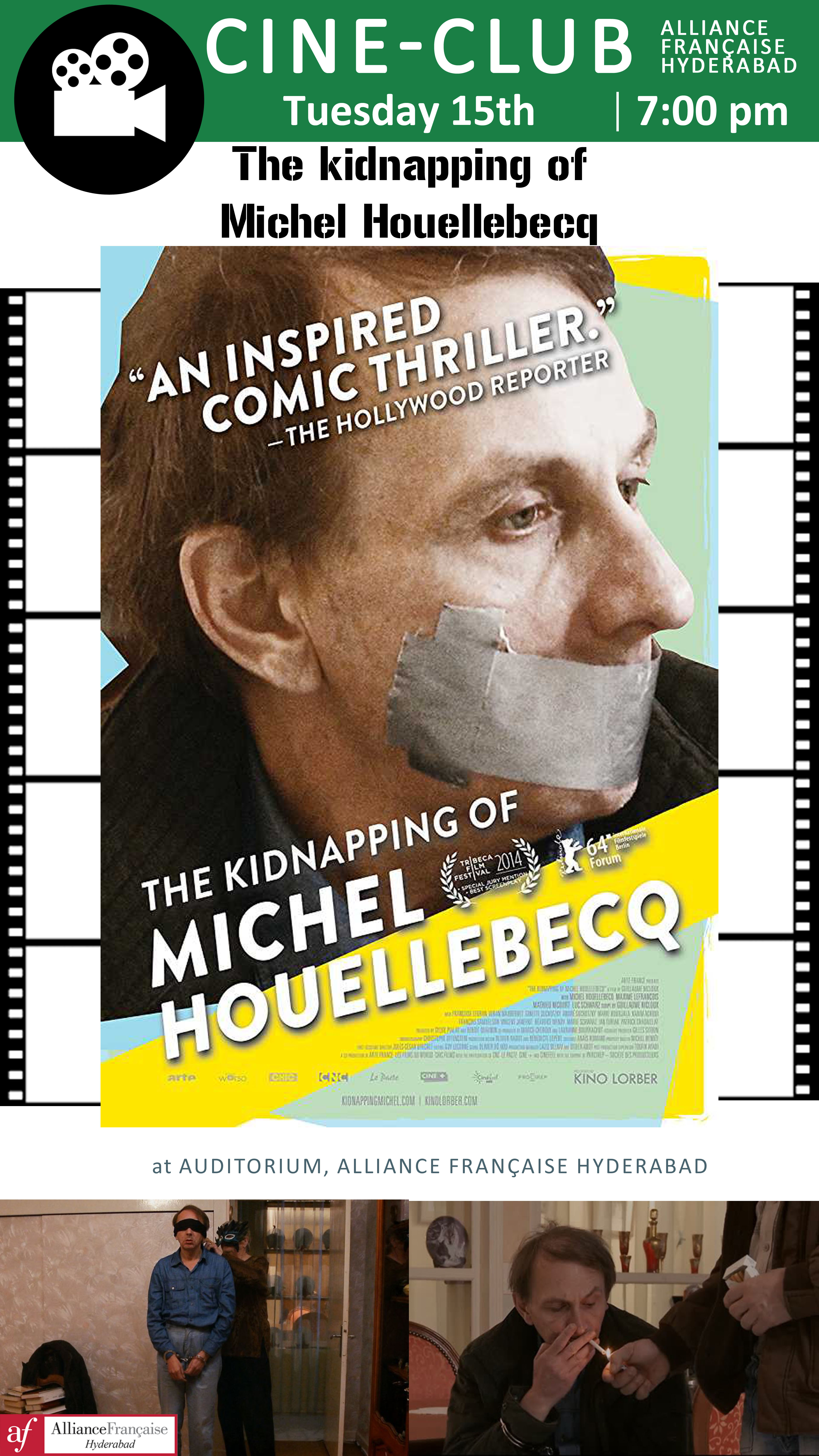 Plot: The film was inspired by a rumour which occurred while Houellebecq was promoting his novel The Map and the Territory. For some time, he appeared to give no signs of life, which made newspapers in France speculate that he had been kidnapped. In reality he only had some trouble with his Internet connection. The film try to figure out how the kidnapping would have happened.
The film is a funny demonstration of the Stockholm’s syndrom, where the victim becomes intimately, humorously and fraternally acquainted with his French-speaking kidnappers who pour him drinks, ask about his writing process and demonstrate their various bodybuilding and fight skills.