CINE-CLUB – The Big Bad Fox and Other Tales – August 6th 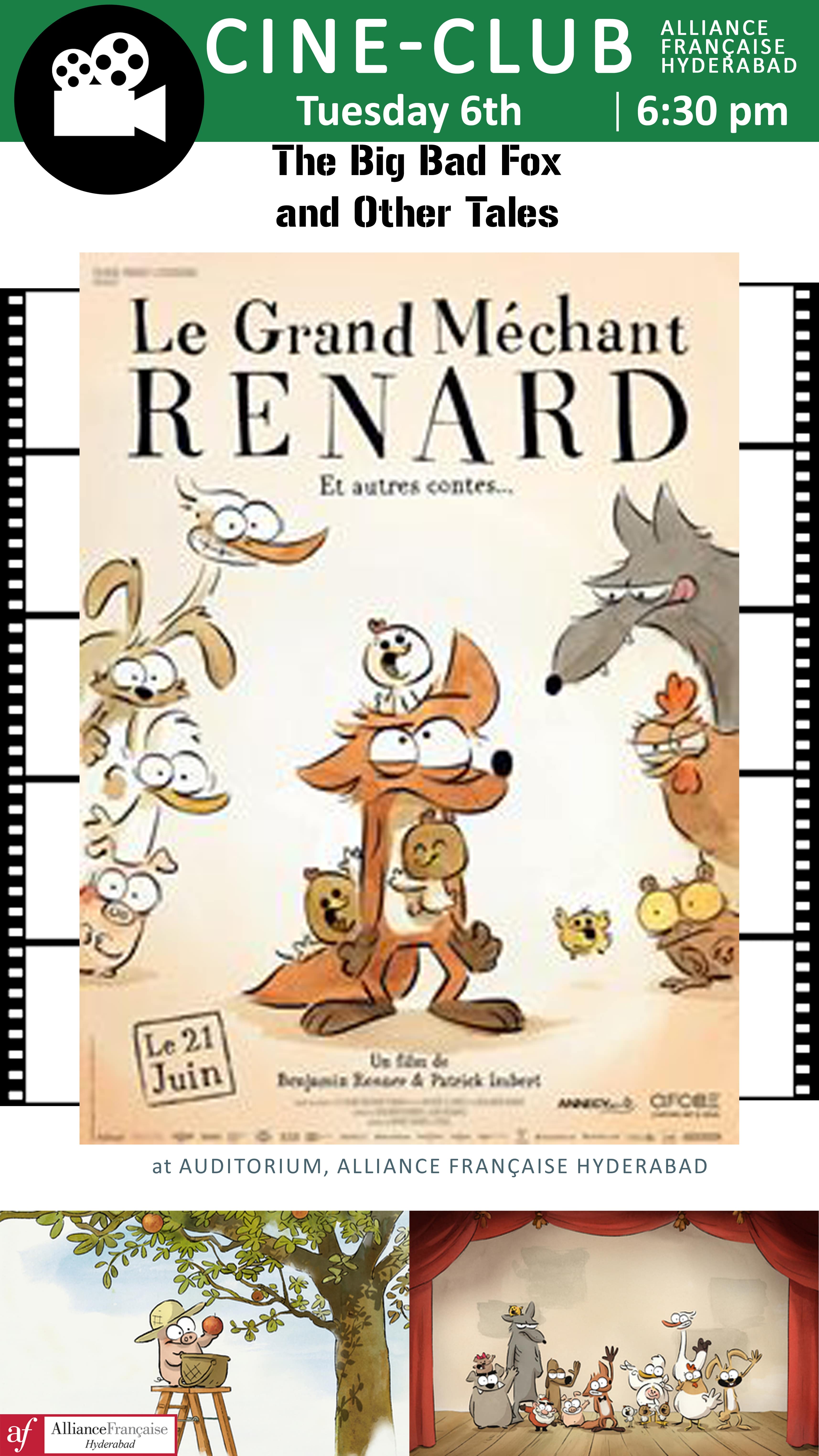 Plot: Those who think that the countryside is a quiet and peaceful place are mistaken, there are particularly restless animals: a Fox who thinks he is a hen, a Rabbit who is a stork and a Duck who wants to replace Santa Claus. If you want to take a vacation, go on your way…

The film premiered at the Annecy International Animated Film Festival on 15 June 2017, and was later released by StudioCanal in France on 21 June.

Entry: Free and Open to All !!