Celebrate July 14th with IFcinéma à la carte! IFcinema à la carte – This online festival, initiated by the French Institute, continues until July 14, inclusive, and we are pleased to announce the addition of the film “Le Grand bal” from July 13, specifically for the occasion. 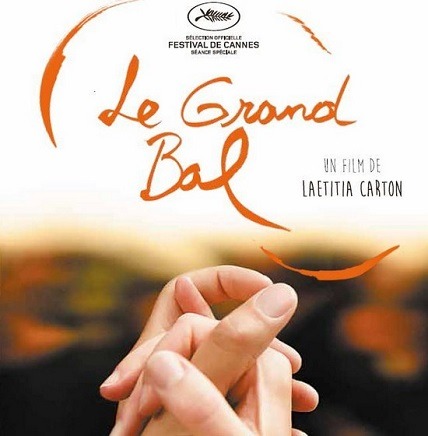 French director Laetitia Carton’s documentary, which premiered in Cannes as part of the Cinema de la plage section, explores an annual dance event in France. “Dancing is about listening to your body’s whispers,” the director says in one of her semi-poetic voiceovers, adding, when talking about dance partners, that it is all about “listening to the other and become one with the other.” Le Grand Bal evokes joy of communal dance,  where strangers connect.

The “Grand Ball” of the title is  an annual folk-dance festival held since the 1980s on an old farm at Gennetines, not far from Moulins, in central France. It lasts over a week and sees people from all walks of life and all corners of France and beyond converge on a gigantic estate where eight or nine different wooden dance floors are installed, under marquees, and where different bands play music for 90-minute stretches to allow people to give themselves over to different types of dancing. The actual dancing lasts from about nine in the evening until at least three in the morning, though workshops start every day right after breakfast for those interested in learning new dances they can then try out at night. It’s practically a non-stop dance extravaganza that lasts almost 200 hours.

A phenomenon that dates back to the European folk revival movement of the 1970s, when intellectuals set out to record traditional songs and dances that were in danger of dying off. “If you start looking into the history of dance, you see that all over the world it always starts the same way,” Laetitia says. “It’s people dancing in a ring, holding hands, on a very strong beat. It’s really a universal need, a human need, to connect like that.” Strangers of all ages are united in Le Grand Bal.

To support the IFcinéma à la carte event, the French Institute makes available a FLE teaching guide and 10 sheets relating to each feature film, so that teachers can use the films and develop educational projects around this cinema offer on line.

These resources are available on the website of the French Institute : https://www.pro.institutfrancais.com/fr/ressources

The IF Cinema Teaser: https://www.youtube.com/watch?v=zj4KkKcUwd0&feature=youtu.be