Cinema : A Nos Amours (To Our Loves)

To Our Loves: The Ties That Wound
a film by Maurice Pialat 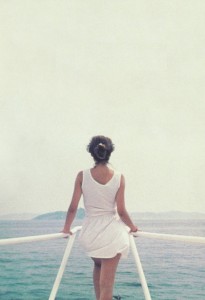 Synopsis
At a vacation resort where she is rehearsing No Trifling with Love, 15-year-old Suzanne rejects her boyfriend Luc and gives herself, without any real pleasure, to a visiting young American. Back to Paris, she has other love affairs. Clashing with her parents, she comes up against a neurotic mother, a father who suddenly decides to leave the family nest, and falsely protective brother. Suzanne seeks herself while going from one guy to another, her marriage ends in failure. In a plane taking her to California