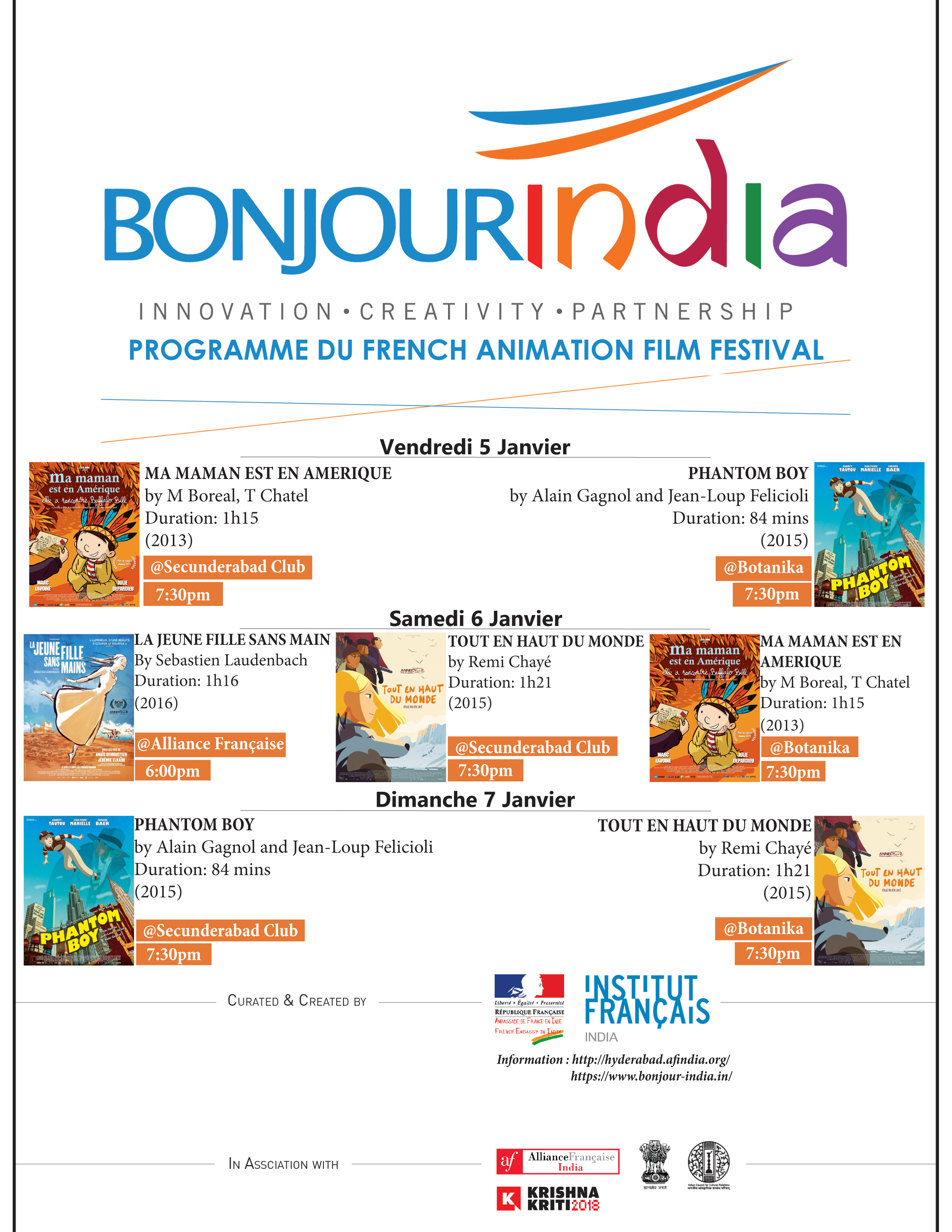 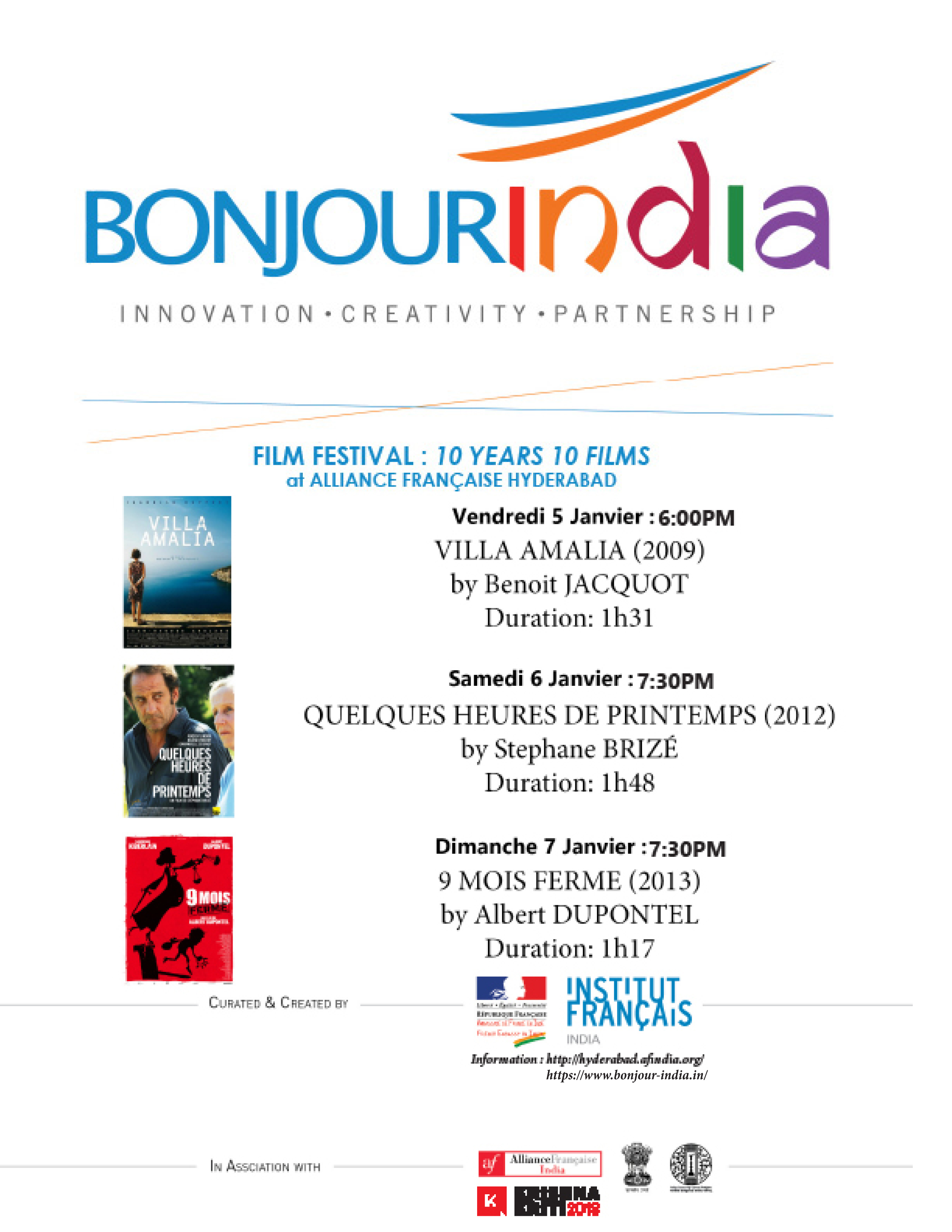 Here is an opportunity for Indian audiences to catch up on the best of French cinema of the past decade. 10 Years – 10 Films will showcase one iconic French film of each of the past 10 years in an online festival.

Indian VOD platform ‘Hotstar’ will showcase the diversity and richness of French cinema across a variety of genres to everyone, anywhere in India with internet access.

Because cinema is still a public affair, three films of the selection will be screened in cinema halls in order to reach a variety of audiences.
While reviving a community of French cinema lovers by giving them access to recent French films through various media, 10 Years – 10 Films will also facilitate the acquisition of French contents by Indian VOD platforms.

From 4th to 7th Jan. in the frame of Krishnakriti Festival 2018

The French actor and director Albert Dupontel got his start as a stand-up comedian. He began acting in 1988 with a role in “Encore,”. He first achieved recognition as a filmmaker with “Bernie” in 1996, which also starred Dupontel in the leading role. His career truly gained momentum during the 2000s. The early part of the decade saw Dupontel act in films including “Actors,” “Dead Man’s Hand,” and “A Very Long Engagement,” starring Audrey Tautou. He directed and acted in “Locked Out” in 2006 and “The Villain” in 2009, while continuing to act in other filmmakers’ works, including prominent roles in “Chyrsalis” and “The Clink of Ice.”

Synopsis: Ariane Felder is pregnant. This is all the more surprising since this examining magistrate is an old-fashioned single person. But even more surprising is the fact that, according to DNA tests, the father is no other than Bob, a criminal prosecuted for atrocious assault and battery. Ariane, who does not remember anything, tries to understand what happened.

Stéphane Brizé was born on 18 October 1966 in Rennes, France. He attended a University Institutes of Technology and moved to Paris, where he started his career in theater and television, before moving on to short films and feature films. His 2015 film The Measure of a Man was selected to compete for the Palme d’Or at the 2015 Cannes IFF.

Synopsis: After spending 18 months in prison for trying to smuggle cannabis through customs, Alain Evrard has no other choice but return home to live with his mother, Yvette. This sudden change in lifestyle causes all past problems with their mother-son relationship to arise. Then Alain discovers that his mother is suffering from terminal cancer. During the last few months of her life, it is a struggle for the two to fix their broken relationship.

Benoît Jacquot, born 5 February 1947 is a French film director and screenwriter who has had a varied career in European cinema. Jacquot began his career as assistant director of Marguerite Duras films, and also actor in the 1973 short film La Sœur du cadre. He turned to writing and directing with the 1975 film The Musician Killer, which starred Anna Karina. He has directed over forty films, the most notable of which to American audiences are La Désenchantée (1990), starring Judith Godrèche, and A Single Girl (1995), starring Virginie Ledoyen.

Synopsis: Villa Amalia is the story of Ann, a musician, whose life is turned upside down by a kiss. When she sees Thomas kissing another woman, Ann makes a clean break, leaving him and everything else far behind her. Suddenly unsure of everything that seemed so certain, Ann knows only that she must change her life and become someone else to find herself. With her music and the friendship of Georges, who pops out of her distant past, she sets off on a journey that will take her to an island where the Villa Amalia stands.